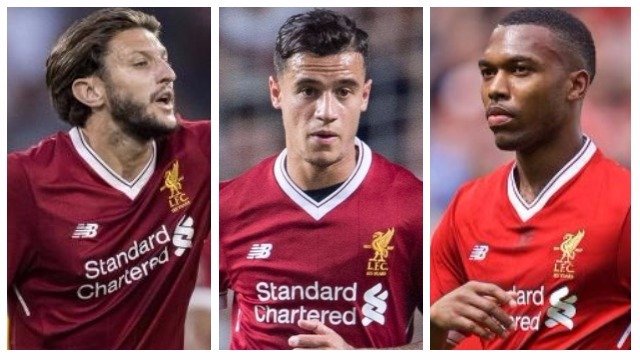 Liverpool will be looking to wrap up their pre-season preparations in style when they square off with Spanish side Athletic Bilbao in Dublin later today, but Reds boss Jurgen Klopp didn’t have the best news during his pre-match press conference with Adam Lallana set to miss up to three months with a thigh injury sustained during the loss to Atletico Madrid in the Audi Cup earlier in the week.

“This is certainly not news we would have wanted,” said the German manager. “Unfortunately, the damage is such that it will likely mean Adam is out for a couple of months not weeks, so I think we can pretty much rule him out of August and September,” continued Klopp. “Beyond that we will monitor and wait and see. He is a boy with a world-class attitude to everything professionally and he has always come back in good time from injury setbacks since I have been here, so we will see.”

While Lallana is set to be put on the long term absentee list, there’s one name missing from the squad that made the trip to Ireland that’ll raise a few eyebrows. Philippe Coutinho, who remains a target for Catalonian juggernauts Barcelona, was left out of the traveling party with the Brazilian managing a slight back injury. Having missed training on Friday, the Reds talisman was told to rest up over the weekend, but speculation remains rife that he could be on his way to the Nou Camp despite Klopp’s insistence that he will not be sold to anyone, at any price.

Along with Coutinho, Liverpool striker Daniel Sturridge won’t have a chance to run out against Bilbao with an ongoing thigh problem keeping him sidelined for the time being. If all goes well, both will be back in contention to face Watford FC when the Reds kick-off their Premier League campaign next weekend or, at the very least, when they travel to Germany to face Hoffenheim in the first leg of their Champions League play-off.

“I can’t say how bad the injury is about Sturridge, he hurt his thigh,” explained the Reds manager following their win over Bayern Munich earlier in the week. “I can only say he prepared really well and I just hope it is a small injury and he can play soon,” added Klopp. “He looks good, he had done really well and you could see how fast he is looking so I just hope it is nothing serious.”