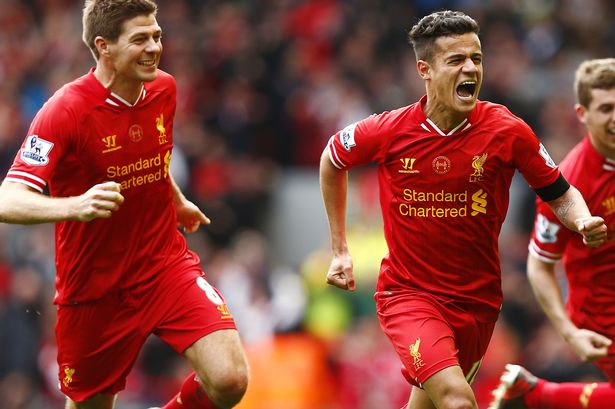 It’s been virtual radio silence from Liverpool since they rejected a transfer request from star attacker Philippe Coutinho, but there’s been no lack of talk about the situation as both supporters and pundits from around the world debate whether or not the club will bend on their hard-line, no sale stance.

“This kid who’s come from South America has always had a dream of playing for Barcelona, and he’s panicking thinking that if he doesn’t do it now it’ll never happen again,” explained Reds legend Steven Gerrard. “A little bit. Of course,” said the ex-England captain when asked if he felt bad for the Brazilian. “I know the kid, I know he’s not a bad person, I know he doesn’t want to cause a war to come out. But at the end of the day he’s just signed a five-year deal, the club have been superb to him and made him the player he is,” stressed the former Liverpool midfielder. “You remember he was struggling at Inter Milan. We gave him the chance, we built this player up. The least he can do is give the club another year.”

While there’s a good chance that the Anfield outfit, who have the upper hand in negotiations, will force him to stay and play for at least another year — a la Luis Suarez trying to force a move to Arsenal — there’s also been suggestions that the Reds, who drew with Watford yesterday in the opening match of their Premier League campaign, are desperately trying to find a replacement for the mercurial midfielder. Money, of course, won’t be an issue, but drafting in world class talent this late in the game is never a simple task.

“You have to ask the club, but I don’t think so because I think it was pretty clear what FSG said about it,” said the Reds boss when asked about the Brazilian. “I am responsible for the whole team, all the players, so I need to be focused on the players who are available. The players who are not available, I have no influence over it,” conceded Klopp, ruling himself out as a factor. “I have to accept decisions from the owners, that’s how it is, and sometimes from the players. At this moment I am just concentrating on my team.”