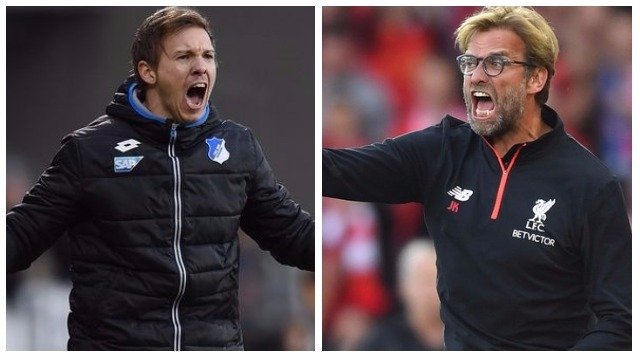 Although nothing will be decided tomorrow, the first leg of Liverpool’s Champions League Playoff with Hoffenheim will go a long way towards setting the tone for the tie with the crucial second leg set to be played at Anfield next week — a match that will see one side ascend to the Group Stages of Europe’s most prestigious club competition and the other drop in to the lowly ranks of the Europa League.

“We know Liverpool are the favourites in this game,” admitted Hoffenheim boss Julian Nagelsmann, staying realistic, “and we know we must come here and play well if we are going to shock our opponent. I don’t know if we need to shock them or shock the English football public,” added the German, a man who knows a thing or two about getting a result. “I can only say that our performance will have to be at the very top if we are to do that.”

While the Reds drew with Watford at the weekend — giving up a last minute equalizer and their second goal from a set-piece over the 90-minutes — in their Premier League curtain raiser, Hoffenheim got their first competitve match of the season out of the way in a relatively simple fashion, sliding past German Third Division side RW Erfurt in the first round of the DFB Cup. Liverpool, of course, will provide a significantly sterner test for Nagelsmann’s side and while they will be looking for an upset, his counter-part in Jurgen Klopp has revealed that he could be looking for some measure of revenge.

“We fought really hard for this opportunity, after the (Boro) game we knew we were fourth and then we found out we were seeded. Then we saw some of the teams we could still get. They are strong, we are strong and that’s how it should be. Both have big aims,” explained the German manager. “No-one knows in Liverpool that Hoffenheim is a small city,” added Klopp, going on to explain that he missed out on a promotion to Bundesliga while with FSV Mainz at the hands of the Sinsheim side. “I’ve known Hoffenheim since 2007/08 when they got promoted instead of Mainz. We were fourth, they were third.”