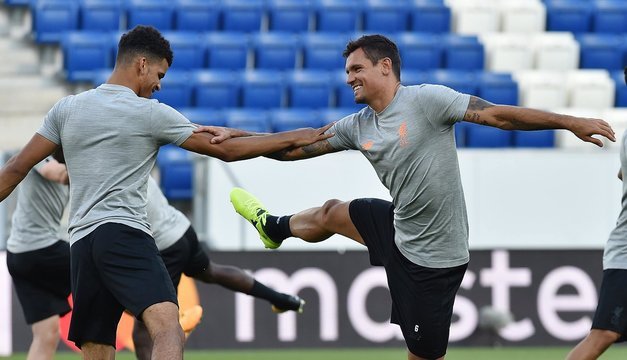 Jurgen Klopp, the Liverpool manager, acknowledges that his squad must strive to seal all the holes in their defense after Watford found an easy way of salvaging a 3-3 draw on Saturday at Vicarage Road. He expressed his plan of beefing up their defending set-pieces after Watford forced them to concede a last minute equalizer. Liverpool began the second half on a high after going in to the half trailing 2-1, scoring two quick goals to take the lead, but their hopes of starting their Premier League campaign with an away win faded in the last minute with an unanticipated goal from Miguel Britos. However, Klopp will be happy to see that Mohamed Salah, the club-record signing, scored in his debut, which could improve the sportsbook odds for all Liverpool matches.

Watford’s Stefano Okaka scored the opening goal from a corner with a superb header after only eight minutes of play and a rebound found its pathway to midfielder Abdoulaye Doucoure who scored with a powerful strike, leaving the goalkeeper helpless. This goal came approximately three minutes after Sadio Mane canceled out the Hornets’ lead when Emre Can worked some magic to play the Senegalese attacker into the box. Firmino leveled the score from the penalty spot in the 55th minute after Watford’s Heurelho Gomes brought down Salah in the box. The former AS Roma player and Egypt international then fired home from very close range after following in Firmino’s chip only for Britos to equalize from a late corner.

Even though Marco Silva avoided a loss in the first match day as the new Watford manager, Klopp felt his defense was to blame for the draw. Two goals originated from corners that caught the Liverpool defense off-guard in the box and the German coach said the Reds have to find effective ways of rectifying the issue in due course. Besides, Klopp expressed other problems that need timely solutions, especially when it comes to allowing opponents like Watford to score goals using set-pieces that could be avoided even though they didn’t create many chances when with the ball.

Klopp generally acknowledged that his squad defended very well according to their current standards, but in the end, it was not enough to keep Watford form scoring. His sentiments mostly pointed towards the notion that they have to play a full match without opening up holes in the defense for opponents to take full advantage of in the end from the first half until the end of the match.

To be fair, the squad may have a little something else on their minds. After Barcelona lost Neymar to PSG, and confirmed their interest in Philippe Coutinho, Liverpool rejected a submission for a transfer request by the attacking midfielder and winger. Barcelona already made a £90million bid for the Brazil play-maker, which the Reds management rebuffed almost immediately. In a statement, Liverpool owners stressed that the 25-year old Brazilian is not up for sale and will honour his contract. Last week, Barcelona made a world-record sale of Neymar to PSG for 200.6m; however, Liverpool had already rejected Barca’s 72m bid for Coutinho a month ago. While the Brazilian isn’t likely to keep too many goals out of the net, he’s almost certain to help create them at the other end — something the Reds are going to need until they can sort out their problems at the back.