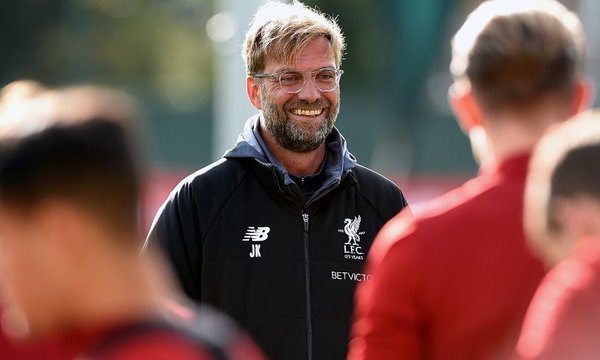 There will be a familiar face in the opposition dug-out when Liverpool face off with Newcastle United this weekend with the Reds set to be re-united with former boss and Champions League winner Rafa Benitez when they visit St. James Park on Sunday.

“I met Rafa once when he was manager of Liverpool – we beat him 5-0 with Mainz, hopefully he remembers that!” said Liverpool manager Jurgen Klopp, showing his trademark sense of humour. “He’s a very, very interesting person, so we always had a good time,” added the German, full of praise for his Newcastle counter-part. “I know he’s still connected, not only because he lives around here still, he’s really connected to the club still, wishes the club all the best and all that stuff – it’s how it should be after this fantastic time that he had here.”

And while you’d expect the meeting with the Magpies to be the number one topic of conversation going in to Sunday’s match, news that Bayern Munich boss Carlo Ancelotti has been sacked has spurred an entirely different narrative with Klopp being tipped as one of the favorites to take over for the Italian. Although he didn’t outright rule himself out of the running, there’s no indication that the Reds manager holds any interest with unfinished business on Merseyside and his history with the club sarcastically dubbed “Hollywood FC” making it highly unlikely he’d make the move.

“Not a lot of things in this business can surprise me any more, but I do not know what Bayern’s thoughts were on this decision,” said the German manager, reacting to the Italian getting the sack. “I watched the game with PSG. Individual quality can decide games, and that was how it was. But it was not one game that the Bayern bosses decided on. I think,” added Klopp, going on to distance himself from talks of him trading Anfield for the Allianz Arena. “It is not my business. Carlo is very experienced and hasn’t lost his football ability overnight. If he wants to find a club, he will.”