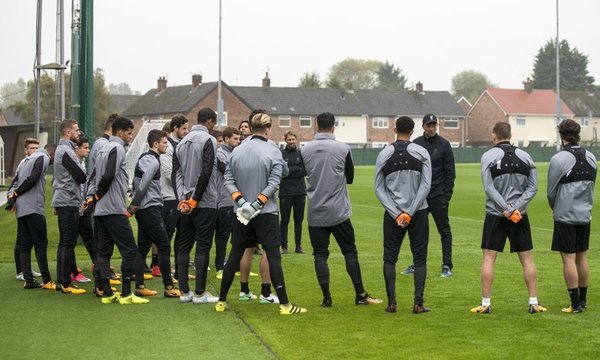 Coming off a disappointing draw with Sparktak Moscow in the Champions League on Tuesday, Liverpool will look to regroup when they square up against old foes Newcastle United at the weekend. Although there were one or two knocks sustained during their time in Russia, Reds boss Jurgen Klopp is confident that he’ll have his full contingent of players available to him when they make the short trip to St. James Park.

“[We have] no concerns but it was quite an intense game [against Spartak Moscow on Tuesday],” explained the German manager, hinting that he could be forced to make some changes to the starting eleven. “We had a few knocks and we will see, but in this moment no concerns,” continued Klopp, waiting to confirm any absentees until after training today. “I’ll know finally tomorrow probably.”

Following the meeting with the Magpies comes yet another international break and while that opens a whole new can of worms for injury concerns, it also gives those players recuperating some extra time to get themselves fit. Yet to make an appearance this season, both Adam Lallana and Nathaniel Clyne have returned to training, but are still a ways off from competing for a place in the squad.

“The update is that both are doing really well but are not in team training tomorrow. But both are on a really good way,” said Klopp, providing an update on the sidelined duo. “With Clyney it was not too sure for one or two weeks but now he has made real steps and it’s really cool,” enthused the Reds boss, keen to have the defender back in the ranks. “Adam is completely normal, that’s how it was from the first day – how we thought it would be. He is now outside running and obviously improves a lot,” added the German. “He has no problems anymore. We just have to wait until the tendon is a tendon again, if you want. You cannot rush this. But so far, no setbacks and everything is fine.”