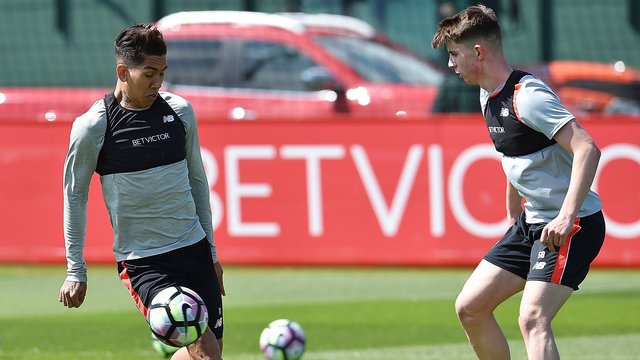 Although the future of Liverpool midfielder Emre Can is yet to be sorted out with contract talks between the German and the club stalling, Reds duo Roberto Firmino and Ben Woodburn are in line to sign bumper deals with the Anfield outfit as they try to keep the Brazilian happy on Merseyside and make sure the up and coming Welshman doesn’t get itchy feet and start looking elsewhere for first team football.

Firmino, who is currently on international duty along with compatriot and club mate Philippe Coutinho, has ingrained himself in the starting eleven after establishing himself as Liverpool boss Jurgen Klopp’s preferred striker. His return of 27-goals in 101-matches for the Reds isn’t exactly top-level stuff, but as a part of a fluid front three, the 26-year old has slotted in perfectly in the German manager’s all action style.

And while the Brazilian attacker is key to to Klopp’s plans right now, he sees a similar role for Woodburn in the future. The youngster has worked his way in to Wales senior squad and has proved to be quite the addition for Dragon’s manager Chris Coleman. Set to be handed an improved deal when he turns 18 later this month, Woodburn is looking increasingly ready to make the jump in to regular first team football and build on the 10-senior appearances he’s made for the club thus far — it might be a bit too soon to say for sure, but if he can do it on the international stage, he can do it in the Premier League as well.

“I’ve seen a lot of Ben in this campaign and he reminds me of what Gareth was like when he was younger,” said Reading midfielder David Edwards. “And if you see what Gareth was like in the Euros , the bigger the stage, the more he thrives. There aren’t many players who can do that when the whole world is watching,” explained the Welshman, seeing similar qualities in the Reds youngster. “But from what I’ve seen I’m pretty sure Ben is cut from the same cloth and he will relish the chance to show everyone he is the real deal.”