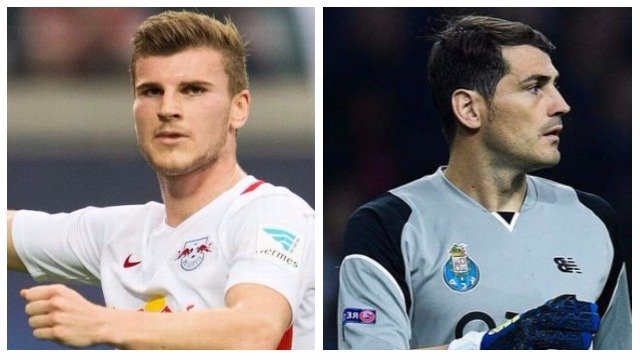 Although German giants Bayern Munich looked to be the front-runners for the signature of RB Leipzig goal-machine and Liverpool target Timo Werner, the Saxony club have remained steadfast in their resolve to keep the 21-year old at the club.

“We talked about everything. But we did not talk about Timo Werner. Therefore there is no enquiry or offer,” RB official Oliver Mintzlaff told Sport1 when asked about a meeting with the Munich hierarchy. “If there were, we would be relaxed and would point to the contract and the happiness of the player. He has developed splendidly with us and taken the next steps. Therefore there is no reason for the player to say ‘I was Germany’s best striker last season now I have to look for the next step‘,” continued the Leipzig chief, re-iterating their desire to keep hold of the talented striker. “He can make it with us, he is now playing in the Champions League. There we must have him and we will not let him go.”

Having convinced the German club to part ways with star midfielder Naby Keita at the end of the campaign, the Reds have set their sights on drafting in Werner as well, but if they don’t have top class European Football on offer for next season that may prove to be impossible. A win at the weekend against Huddersfield Town put the Anfield outfit back in the mixer, but questions around their defense remain unanswered and continue to plague their ability to make a sustained push for the top.

While they’re almost certain to try to broker a deal for Southampton defender Virgil van Dijk when the transfer window re-opens in January, another familiar name has popped up again with a move for FC Porto ‘keeper Iker Casillas reportedly back on the table — a story that his agent was quick to play down.

“Of the crazy stuff I have seen, this is the craziest,” the Spaniard’s agent Carlo Cutropia told Radio Renascena. “It is crazy and there is no truth in it. Casillas is calm and happy at Porto and he wants to play, logically, just like any footballer,” continued Cutropia, though going on to admit that there is some tension in Portugal. “I believe that Iker and the manager speak every day, but there are issues between the manager and the player,” he added. “I am reading many things in the press, everything is false, and it leaves me surprised, and that’s it.”

One thought on “Leipzig “Will Not Let Go” of Werner, Casillas to Anfield a “Crazy” Rumour”