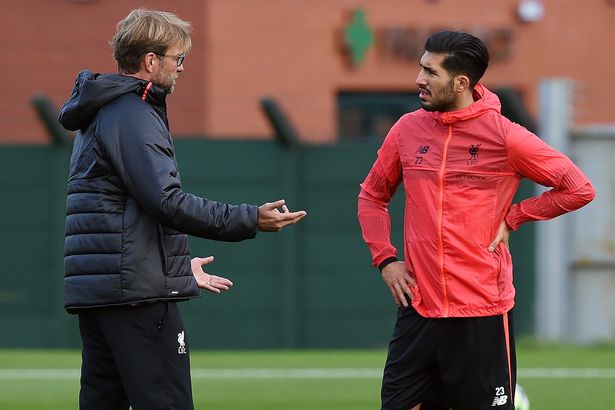 Liverpool fans are quite a pessimistic bunch, even at the best times, but the feeling among the fans right now is odd.

Even though its inevitable we’ll go through in the Champions League and we broke Chelsea’s five-game winning streak, some fans just aren’t happy.

Admittedly, two draws doesn’t excite me all that much but, in the grand scheme of things, they’re okay results. If Liverpool avoid losing in their final Champions League game by a margin of 7-0, we’re through and a win against Stoke means we go above Spurs.

To the fans that are calling for Jurgen Klopp’s head because we aren’t scoring goals for fun – as if we still have Steven Gerrard supplying Fernando Torres, wind your necks in, yeah?

I understand the defence is a problem but let’s just imagine Klopp signed a defender in August (not Virgil van Dijk) and he was horrendous – we likely wouldn’t sign another defender before one is sold and we’d be stuck with hoping Joe Gomez turns into Rio Ferdinand in the coming months.

Wait for Klopp to right his wrongs in January and then see where we are come May – it’s not as if he’s got posters of Lovren up in his house.

Joel Matip is expected to make a recovery and return to the Liverpool squad following a thigh problem but I wouldn’t expect him to start; I think Dejan Lovren will partner Joe Gomez.

Emre Can has already been confirmed to return to the squad and it wouldn’t surprise me if Klopp threw him in the deep end against Stoke and started him in midfield with James Milner.

Klopp has spoken recently about rotating the squad and I think he’ll be doing some of that against Stoke.

In a recent press conference the Liverpool manager confirmed that it’s not impossible that Mane and Firmino start the game…it’s a bit odd that they got somewhat of a rest against Chelsea but whatever.

Stoke will be without Jack Butland, Geoff Cameron and Stephen Ireland – I’d expect Lee Grant, Kevin Wimmer and Ibrahim Afellay to start in their positions respectively.

In terms of current form, Liverpool have won four of their last six games – only drawing against Chelsea at Anfield and away at Sevilla.

Stoke have lost three of their last six games, only winning away at Watford and sharing points with Leicester and Brighton.

As Liverpool take on Stoke away from home, I think it’ll be a raucous affair with the hosts being right up for it. After all, a loss for them means Everton may leapfrog them next week.

The Reds are going to come out with a point to prove, they’ll feel robbed by Sevilla and Chelsea as their performances for 135 minutes didn’t deserve less than six points.

I predict that, come the final whistle, the scoreline will be Stoke 2-4 Liverpool.