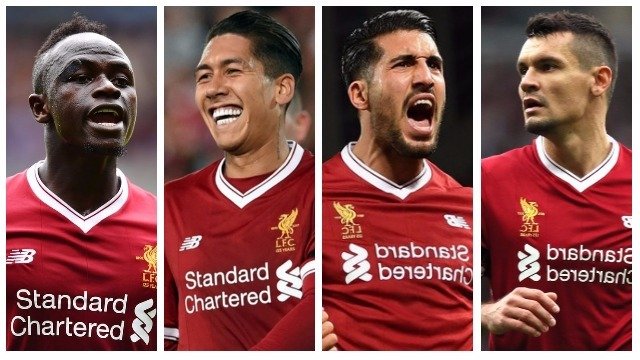 After raising a few eyebrows by resting attacking duo Roberto Firmino and Sadio Mane for the draw with Chelsea at the weekend, Liverpool boss Jurgen Klopp has hinted that both could be restored to the starting eleven when we square up with Stoke City on Wednesday.

“Probably, but they’re not the only two,” said the German manager when asked if the pair will be in from the start at the Britannia Stadium. “We had to make a few changes, it makes absolute sense in this part of the season to use the strength of the squad, that means if you involve players you have to leave a few others out and that’s what we did,” explained Klopp, knowing full well that there’ll be more tough decisions to come as the fixtures come thick and fast. “But it’s not completely unlikely that they will start.”

Having played the full 90-minutes in a grueling and overly disappointing draw with Sevilla in the Champions League earlier in the week, it only made sense to start with both Mane and Firmino on the bench on Saturday despite the relative importance of the meeting with Chelsea — and we almost got away with it too. A predatory strike from Mohamed Salah gave the hosts the lead midway through the second half, but a flukey cross from Willian late on caught Reds ‘keeper Simon Mignolet flat-footed as it unexpectedly dipped over the Belgian an in to the back of the net to and earn the visitors a share of the spoils.

Injured in training the day before, embattled Liverpool defender Dejan Lovren was forced to sit out the meeting with the Blues, but he should be back in contention for the trip to the Potteries on Wednesday night after rejoining training. Thankfully, the same goes for Emre Can whose industry and defensive skills were sorely missed against Antonio Conte’s side.

“Dejan probably will be close. It is not a big thing; it’s a little bit of little bit of swelling and we have to figure out what it is exactly,” said Klopp. “He will try to run in a few minutes, I spoke to him a second ago,” added the charismatic manager before switching gears. “Emre is back, it was not a big thing but it was big enough that he could not play the last game. He is back and it is a full squad, for sure.”