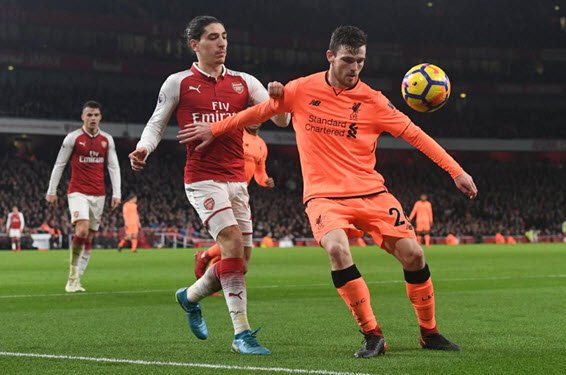 Liverpool boss Jurgen Klopp refused to single out players for individual praise when Liverpool ran out comfortable winners against Bournemouth at the weekend and after the Reds gave up three goals in less than five minutes the German manager remained consistent in his approach as he stressed that their woes at the back were down to the team and not one player or another.

“He misjudged it. A second hand would have helped but that is how it is,” mused Klopp when asked about Simon Mignolet’s inability to keep out Granit Xhaka’s powerful shot. “You don’t need to make it bigger than it is. It felt like we shouldn’t have conceded but we did,” continued the gaffer, refusing to throw the Belgian under the bus. “Defending is a team thing. Today we make individual mistakes and that is not cool. My job is to think about the performance and that was a winning performance. If you want, the draw is our halfway win.”

Philippe Coutinho’s looping header and Mohamed Salah’s deflected finish on either side of the break saw the visitors take a commanding lead in North London, but a blitzkrieg push from the Gunners coupled with a raft of individual errors from the Liverpool back-line saw Arsenal claw their way in to the lead. It’s been easy to gloss over the Reds defensive failings over the last couple of weeks, but we were given a stark reminder at the Emirates Stadium with Mignolet’s bumbling of Xhaka’s long-range strike the most poignant example.

There were mistakes made but that, of course, takes nothing away from Arsene Wenger’s side; if the Liverpool in full swing are something to behold, Arsenal, when they click, aren’t too shabby either — something those who booed them off the pitch will do well to remember.

“It was 90 minutes of two teams attacking at high speed,” said Reds defender Andy Robertson. “There were mistakes but the tempo it was played at, the boys are still trying to get breath back. You’re most vulnerable when you score and that happened to us,” conceded the Scotsman. “They had an extra yard and we made mistakes. We got our composure back a little too late,” added the former Hull City fullback. “All three goals were avoidable. We need to get these mistakes out of our game.”