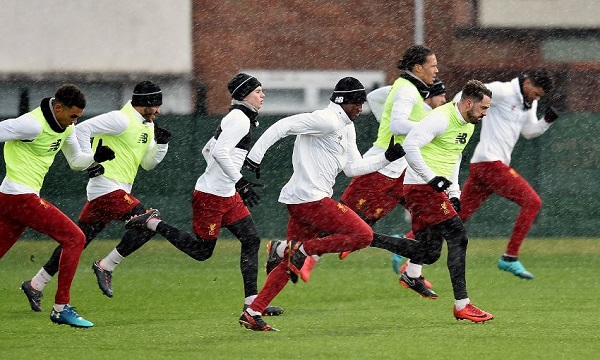 After a mini-slump that saw them lose out to a rejuvenated Swansea City and get knocked out of the FA Cup by West Bromwich Albion, Liverpool got back to winning ways with a routine victory over Huddersfield Town earlier in the week.

Without even playing, the Reds jumped in to third place midweek as Chelsea lost out to AFC Bournemouth — a nice little bump and a position that they’ll look to solidify when Tottenham Hotspur visits Anfield on Sunday.

“I have no clue in the moment if we will rotate a lot or not. What I want to see on the pitch, I know,” explained Liverpool boss Jurgen Klopp, speaking to the press ahead of the meeting with Spurs. “It is always like this and that’s why I think we have a few nice options where we could make changes or not, we will see,” mused the German manager, ploughing a familiar furrow. “There is no reason to tell it now; not to the boys, not Tottenham, nobody. Those who want to know who will start will have to watch the game.”

The race for Champions League football is as tight as ever and if the Reds can pick up three-points on Sunday, it’ll be a massive step towards securing top-class European football for next season. Of course, it’ll also be nice to claim some measure of revenge after the boys got the stuffing kicked out of them when they visited Wembley earlier in the season.

After sitting out the win over the Terriers, Virgil van Dijk should be in line for a return to the starting eleven, but a fellow Southampton alum in Adam Lallana is almost certain to miss out as the 29-year old looks to build up match fitness ahead of the meeting with his old club later in the month.

“Adam trains today completely normally,” explained Klopp, confirming that he’s back on the pitch. “In an ideal world, he should not be involved for the weekend because, as we all know, there are real different stages – being fit, able to train and then being match-fit,” added the Gaffer, all but ruling him out of Sunday’s showdown with Spurs. “If nobody is injured or whatever, it’s better for Adam that he can train for the next 10 days until the Southampton game and then he should be ready for sure.”