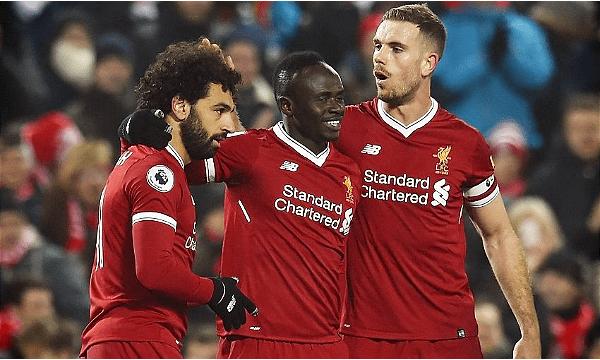 It has been an on-going and ever-present debate around Liverpool skipper Jordan Henderson, particularly since the departure of club legend Steven Gerrard back in 2015, whether or not the former Sunderland man is, well…good enough to captain Liverpool.

Henderson, during the 2013-14 campaign played understudy to the now under-18s boss, slowly being inducted as the next Reds captain whilst under the management of Brendan Rodgers. Jürgen Klopp has affirmed the decision that the 27-year-old is the right man for the job as he has continued the role since the Germans reign began.

Liverpool put aside Rafael Benitez’s Newcastle United in a comfortable manner Saturday evening with a 2-0 victory at Anfield. Klopp’s side were certainly nowhere near their best this time out, but none the less getting the job done and securing a vital 3-points, as the race for top 4 heats up moving into the business end of the season.

It was evident from the first whistle that the Geordies were out to stop Liverpool and their much-feared front 3 at all cost, as Rafa’s men struggle at the bottom end of the table with relegation very much a possibility.

Despite a slow start to the game and finding it tough to play between the spaces, there was never any doubt that Liverpool would not score, and 5 minutes before half time, who else but Mo Salah nabbed his 24th league goal of the season setting Liverpool on their way to victory. 10 minutes into the second half and Sadio Mane secured the 3-points following some delightfully simplified build-up play, the type we have come to expect week in week out.

What I want to point out is the impact of Liverpool skipper Jordan Henderson.

“and Here’s to you Jordan Henderson…”

Now if you have watched last night’s Match of the Day, you will have heard the comments by presenter Gary Lineker and pundits Danny Murphy & Ian Wright regarding the England internationals performance against the Magpies.

Danny murphy started the accolades of Henderson’s performance yesterday – “He showed his passing range today, he was very productive and positive with his passing and sometimes he’s been criticised for not being so.”

Personally, I used to look at Henderson and think that in terms of quality, he just didn’t have it in him to string a 40-yard pass consistently. His work rate cannot be criticised as he has always shown determination since arriving at Anfield. However, since Klopp’s arrival, the skipper has been able to express himself in terms of his passing abilities and technical abilities, particularly this season. The way Klopp has the team set-up, it allows Henderson and the other midfielders to be more dynamic and expressive.

Ian Wright went on with the praise – “you want people passing forward. You seen all these stats about 97% accuracy but passing it sideways. You’re looking at Jordan Henderson and he’s trying to get the ball into areas what’s going to hurt the opposition and that’s what you want. That’s how you’re going to get into teams.”

As I said, this is something that we have rarely seen from the 27-year-old, but at Anfield yesterday evening, Hendo was more direct, zipping his passes and with accuracy speeding up the play and turning Newcastle to their own goal.

There have been rumours of late surrounding Napoli midfielder Jorginho as a potential target this summer. To me, two similar players, however the Brazilian being more technically gifted. With the range of passing seen on display by Henderson, there is no need to pursue the Napoli player, particularly with the signing of Naby Keita who is set to arrive in the summer.

What is another key point to consider for Jordan Henderson’s impact recently is the arrival of Vigil van Dijk from Southampton in January. Since the Dutchman has featured, we look more creative due to the freedom that he allows for the midfield. As for being defensively solid, there is less pressure on the likes of Henderson, Can, Oxlade-Chamberlain etc. to be restricted creatively. It seems that we have found the right balance between defence and attack.

I do believe that we are now going to see the best of Jordan Henderson for Liverpool. I know that opinions are split on the skipper as to weather he should lead the Reds, and if he should be sold this summer. I believe that Hendo is pivotal to this Jürgen Klopp side and will be key if we are going to succeed. His attitude, determination, quality and experience make him the right man to continue on as captain for the foreseeable future.

Let me know what you think about our Captain.