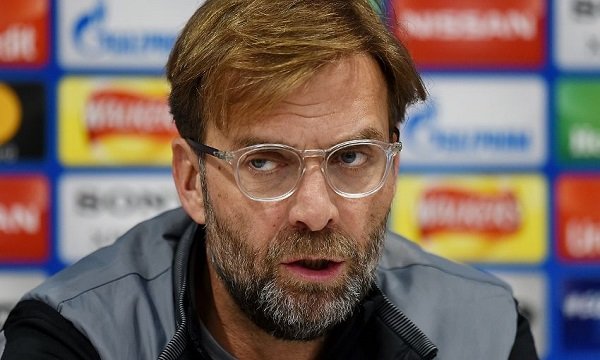 Having one foot securely in the quarter-finals of the Champions League after putting five unanswered goals past FC Porto in the first leg, Liverpool welcome the Portuguese champions to Anfield tomorrow for their second meeting knowing anything but a devastating loss will ensure they sail through to the next round.

Coming off a comfortable win over Newcastle United at the weekend, the Reds were forced to make a few adjustments to the side with an illness sweeping through the team and though Liverpool boss Jurgen Klopp might want to shake things up a little bit considering we’ve got a trip to Old Trafford coming up this weekend, he’s going to have to wait on a few players.

“Ben trained yesterday but he looked three kilos less, to be honest,” said the gaffer, revealing that Ben Woodburn is back in training, but not even close to being fit to face Porto. “Gini still hasn’t trained with the team. He had a little bit of an athletic programme, a little bit of running – not too much,” continued the manager, confirming that Georginio Wijnaldum would also miss out. “They were really out for a few days. They are coming back but it will be too early for both of them.”

Holding such a big lead, there are suggestions that Klopp should consider making sweeping changes to the side with the likes of Mohamed Salah and Roberto Firmino rested for the meeting with Manchester United this weekend. The Reds can overtake their bitter rivals in second place in the table if they come away with a result, but the boss has remained understandably pragmatic.

“We could [rotate], but I’m not sure I will do it because it could be misunderstood,” explained Klopp. “I really want to show respect. I want to show respect to the opponent, to the tournament, and I want to have the best line-up possible and the best line-up which makes sense to win the game, because that’s why we are here,” stressed the German manager. “We are unbeaten so far in the Champions League this season and I would love to stay unbeaten as long as possible. That would help a lot.”