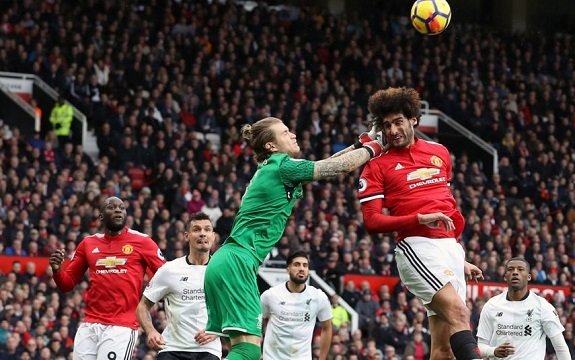 It was a weekend to forget for Liverpool as two early goals from Manchester United attacker Marcus Rashford ensured the Merseysiders left Old Trafford empty handed.

“That’s our own fault, we have to ask ourselves that question,” said Reds ‘keeper Loris Karius, ruing their first half performance. “It’s not easy to get something here if you only play good for one half so, of course, it’s disappointing. At the end, we could still get a point but the first half wasn’t really good from us. We didn’t defend the counter-attack so good when they had their moments,” explained the German shot-stopper. “They didn’t have a lot of moments but when they did they were really dangerous so we could have done better as a team. It’s difficult to say after a game what exactly what it was but as a team we could have done better and defended the situations better.”

Missing out on a golden opportunity to overtake their bitter rivals and jump in to second place, the occasion seemed to get the better of some in the Liverpool squad with their normal fluency and composure on the ball going inexplicably missing in Stretford.

It’s a bitter pill to swallow — especially on the back of recent results. With only eight Premier League matches remaining, the Reds are in the final Champions League spot and a mere four points above fifth placed Chelsea, but only one behind third placed Tottenham Hotspur. It sounds like a good time to get behind the team rather than play the blame game.

“What did they say? They said we defended bad? If somebody said it was only Trent’s mistake then the guy who said that has no idea about football and I wouldn’t listen,” said Liverpool boss Jurgen Klopp, defending Trent Alexander-Arnold after he came in for some criticism for his part in the first goal. “Dejan in the challenge could be different but it’s difficult. Around, everything wrong because we were not there for the second ball and then it’s Trent,” explained the gaffer. “When I saw the goal, for me Rashford did brilliant and exactly in the moment where Trent is ready for the challenge, he made a cut back. He stepped too late and in the next moment he shoots. It’s the perfect striker movement, we cannot defend everything.”