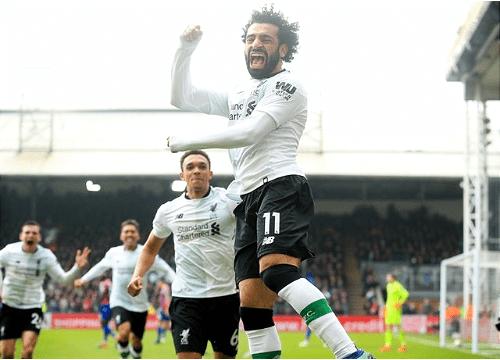 It was by no means a performance that we have come to expect from Jurgen Klopp’s Liverpool side this season, but nonetheless, the Reds did enough to see off relegation threatened Crystal Palace at Selhurst Park this afternoon.

With a chance to move ahead of Premier Leave rivals Manchester United into second place, albeit what could be for a couple of hours, moving closer in cementing a spot in the top 4 and a place in next seasons Champions League.

A spot in Europe is top of the agenda and the Reds look almost certain to seal a spot, but in typical Liverpool fashion they’re going to do it the hard way. There’ll no doubt be a twist and a turn along the way, but there will be money as well with deals like this blacktype sign up offer making the stress all worthwhile.

Following results in Liverpool’s favour at the home of the Eagles in recent years, it looked fairly routine for Klopp & co, to secure another 3-points against the London side.

It started off the way we would all have expected, complete control in the opening 10-minutes from the Reds with Roy Hodgson setting his side up defensively, defusing any tempo that was built up by Liverpool.

Palace gradually grew into the game, and for the Liverpool back four was a real cause for concern, particularly young full-back Trent Alexander-Arnold, who struggled against Wilfred Zaha.

A moment of madness

Trent failing to get goal side of Zaha, Loris Karius came hurdling out to the edge of his box clattering into the Eagles star man, conceding a penalty kick which was converted by Crystal Palace captain, Luka Milivojevic. What followed was a frustrating remaining 30-minutes were Liverpool just couldn’t get into full swing.

Was it a penalty?

It’s fair to say that Liverpool have been hard done by this season in regards to Penalty decisions, more so in terms of conceding them. It was very much the same again, however this time receiving them. 10-minutes after Palace’s opener from the spot, it was the Reds who had a shout for a penalty kick when Sadio Mane was clipped inside the box.

What is frustrating is players stay on their feet despite contact and are not given a penalty, yet players are criticised for going down when it is not needed, but ultimately are rewarded with a spot kick. In the case of the Senegalese international, likely able to stay on his feet despite the contact, chose to go to the ground albeit theatrically but still a definite penalty. Awaiting the referee to point to the spot, the 25-year-old was booked for a dive instead.

It was without question that this fixture would prove difficult, especially following the International break, but facing Crystal Palace always prove tough opponents, even more so when fighting for their right to play Premier League football next season.

A response very much needed from the Reds in the second-half, and what a response it was.

Klopp would have certainly gotten into his players during the break, and that showed right from the restart. Just 4-minutes into the second 45 and Sadio Mane’s close-range strike from a James Milner cross made it all square at 1-1.

Now you would have thought that it would be all Liverpool from then on…not the case. Crystal Palace continued to worry Liverpool when former Reds number 9 Christian Benteke had not one, but two golden opportunities to fire Palace back in-front in quick succession.

Following his yellow card in the first-half, Sadio Mane who was involved in it all, picked the ball up whilst the game was still in play. You can his reasoning for it as a free-kick surely should have been awarded to Liverpool, the referee instead awarded the free-kick to Palace and should have certainly sent the 25-year-old off.

With the game still poised at 1-1, it was an extremely scrappy final 30 at Selhurst Park.

Up step, you know who

Mo Salah his highly praised and rightly so, with 28 Premier League goals and 36 in all competitions, ‘the Egyptian King’ is setting records left right and centre.

This was definitely his quietest game in a Liverpool shirt since his arrival in the summer, at least up until 84-minutes. The Premier League top goal scorer, rarely causing Palace trouble, found himself in the right place yet again to calmly drill the ball past Wayne Hennessey sending the travelling Kop into sheer delight.
And that’s how it finished.

There was only one way to describe todays result, and it was done so perfectly by the Reds manager who described the win as, “a dirty win”. One thing that Liverpool have struggled to do in recent years is to win like we did today, and this season we have shown great resilience when these games come along.