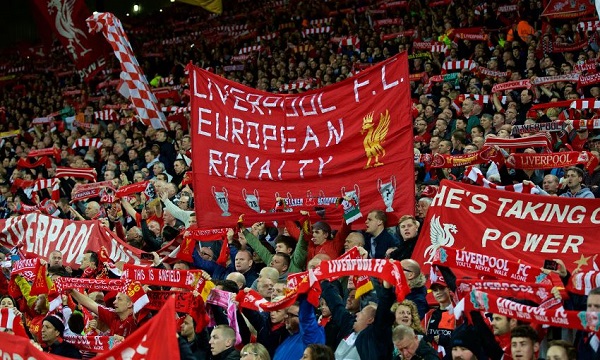 Now that we over-hype matches to the point where every Saturday has some massive “showdown” and every Sunday is “super” the mindless din of promo videos and endless stream of talking heads might numb you to the occasion, but this is Liverpool in Europe and no amount of media hyperbole will ruin this for us.

Ok, maybe it’ll only be Europe in name when Manchester City visit Anfield tomorrow for the first leg, but the Champions League has always been special for the Reds and returning to the latter stages for the first time in almost a decade has the old feelings welling back up. Whereas the Citizens have always showed a surprising antipathy towards their sides continental endeavors, this is the competition that Kopites around the globe go to bed dreaming about.

Anfield isn’t quite the bastion of invincibility it once was, but as City march towards the Premier League title, it’s the only place they’ve stumbled thus far this season with the hosts running out 4-3 winners on the day as they hit 3-goals in a crazy 8-minute spell that saw the champions elect crumble spectacularly under the pressure of Liverpool’s high pressing football. 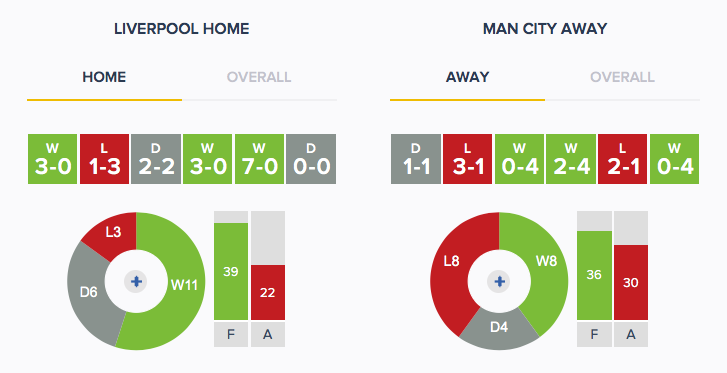 Reds boss Jurgen Klopp will be looking for his “almost unstoppable” front three of Roberto Firmino, Sadio Mane and Mohamed Salah to do exactly the same come tomorrow; the attack picks itself, but the midfield remains the real puzzle. Does Jordan Henderson deserve the nod and the armband? Is Emre Can fit enough for a spot? Will Georginio Wijnaldum’s reputation as a big match player win him a place? Does James Milner’s reliability make him a shoe-in or does the unpredictability of Alex Oxlade-Chamberlain edge out the veteran?

One thing that’s for sure, the question of whether Liverpool boss Jurgen Klopp will call on Dejan Lovren or Joel Matip to partner Virgil van Dijk in the heart of the Reds defense was answered on Saturday after the Cameroonian picked up a knock that will keep him out for the remainder of the season. With Joe Gomez still sidelined, young fullback Trent Alexander-Arnold will almost certainly be given the nod on the right while Andrew Robertson will take up his spot on the other flank.

“You have to be courageous, take the initiative, do your thing and, whenever they have the ball, be very compact and very quick,” mused Klopp in his pre-match presser. “In football, how do you lose courage during a game, since normally you’re going to be full of that courage before the game? You lose it in a game when the opponent does something you didn’t expect” explained the German, knowing full well that building the momentum and keeping it will be key to getting a result. “But the better your opponent, and Man City surely are of the very highest quality, the more difficult it gets. Nonetheless, you have to grasp it.”

Having built up an unassailable lead in the Premier League, City manager Pep Guardiola already has a hand on a trophy and though that’ll be an impressive accomplishment, there’s no question that winning their first European trophy in almost 50-years will be a major priority for the Spaniard.

And, to be fair, they’ll be favorites over both legs. With club captain Vincent Kompany back in the starting eleven, the shaky defense we saw in our last meeting has been steadied and even the loss of Sergio Aguero, who will miss the first leg after picking up a knock, that won’t even come close to stunting an attacking unit that boasts the likes of Gabriel Jesus, David Silva, former Liverpool winger Raheem Sterling, Leroy Sane and Player of the Season hopeful Kevin de Bruyne — if you want to talk strength in depth, the Citizens are where you start the conversation.

Bottomless pockets are one thing, but pedigree is another and Liverpool have that in abundance. If the Reds want to seal a place in the next round, they have to get a result tomorrow; the return leg at the Etihad will be hard enough, but we’ve beaten them at their own game before and there’s no question we can do it again. The Sky Blues looked rattled the last time they came to town and under the floodlights with the Kop in full roar they’ll do well to not let the occasion get to them again. Bigger and better teams have failed to get it together at Anfield…