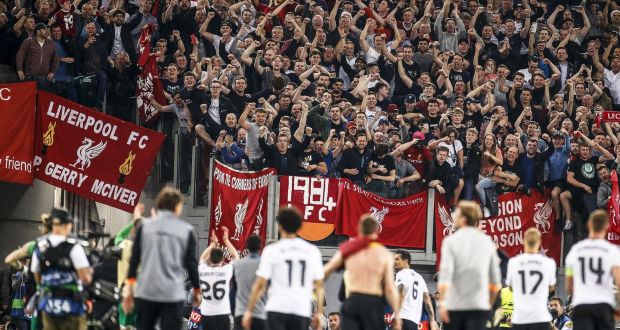 A campaign that started in Hoffenheim and stretched across Europe from Manchester to Russia, Liverpool lost their first Champions League outing this season on a crazy night at the Stadio Olympico, but it was too little too late for AS Roma as the Reds did just enough to seal a place in the final and a meeting with back to back winners Real Madrid.

If you want to talk contentious decisions, I could fill the entire article, but that’s not important now; discussing Kostas Manolas pushing Sadio Mane and Trent Alexander-Arnold’s handball is besides the point. Talking about Eusebio di Francesco’s tactical shift between the first and second leg is a moot point. Georginio Wijnaldum scored his first away goal since dinosaurs walked this Earth and it barely garners a mention.

It all seems inconsequential sitting in a dingy airport departure gate two days later, pecking away on my smartphone under bad florescent lighting.

The semi-final is so far from my mind and even Sunday’s meeting with Chelsea — a match that could very well decide whether or not we play Champions League football again next season — has had it’s volume turned down.

“Look, we were in the League Cup final and we didn’t win it. People don’t tell me in the street since then ‘thank you for bringing us to the final’. We were in the Europa League final. I didn’t see any trophies after these games,” said Liverpool boss Jurgen Klopp, waxing lyrical. “They don’t hang silver medals at Melwood. That’s the pity, that’s the game,” stressed the German manager. “So there’s still a job to do but that’s how it is. Going to a final is really nice – I did it a few times – but winning it is even nicer,” added the gaffer defiantly. “We will be ready.”

I tried to write something about love and football and Liverpool and of course Adidas, but it’s not working out. The words aren’t coming, but it’s not for a lack of inspiration; there’s a baby crying to the left of me and I think my flight is boarding soon.

We are the Famous Kopites. This is the European Cup and the Liverpool boys are in town.