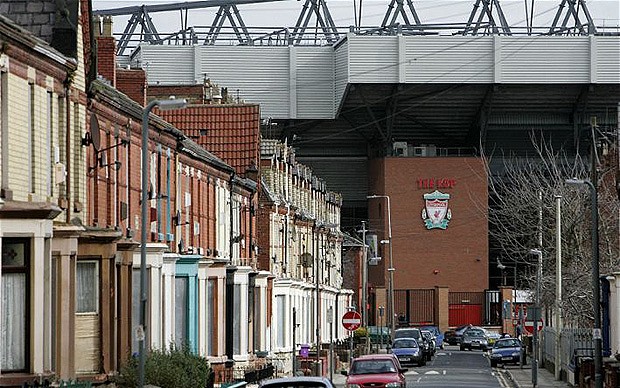 With the upcoming 2018 FIFA World Cup now on our doorsteps, Liverpool is celebrating its own history and heritage in a huge celebration which is set to take place alongside the World Cup.

There will reportedly be three separate exhibitions, which will consist of a music festival, a community football parade, and a symposium on the Art of Football. The celebration is intended to pay tribute to the game itself, and the way it can cross boundaries across the world, as well as a look into the fan culture that surrounds the game.

This is all part of the Liverpool 2018 Programme, a series of events that celebrate the decade since Liverpool took the crown as the European Capital of Culture.

Craig G Pennington, who is the lead curator and founder of Bido Lito, a music magazine, has told reporters, “A city such as ours, where football is absolutely at the core our being and central to the way we see ourselves and the way the world sees us, is the perfect host for this project.”

Assistant mayor and Liverpool cabinet member for culture, events, and tourism has since stated, “Football is intrinsically linked with Liverpool, and we want it to be a key element of the programme which marks this milestone year for the city. The season delves deeply into how this seemingly simple game infiltrates so many aspects of our lives and has a direct impact on the world around us – regardless of whether you’re a fan of the beautiful or not.”

Being held by Foto Octo, this unique event will portray the game throughout the decades, and explores the nature of football fan culture, how the game has changed the world, and its development from the working class of the previous decades to the leading international sport that it is today. This will include three decades worth of photographs of the city, the teams, and the various matches that they have player over the years.

Some other exhibits include:

The Art of The Football Shirt – This will be a look at the fashion of football players throughout history. It will showcase more than one hundred different shirts, including some that never made it into official games, and some that are considered vintage.

Terrace Tapestries – Peter Carney, the reverent Liverpool banner artist, will hold an event where people from community organisations, residents, and schools will be able to help him design a series of new banners. The banners will represent each one of the 32 World Cup nations that are taking place, and workshops from around the country will produce the banners. The intention is to showcase the entire world in just one city.

Soccerama Symposium – This event will feature a number of talks and debates about the game, including how it’s linked to world events, how it has affected other international industries, such as Australian sports betting, and how it will play a part in the future of our society. The event will be attended by guests from across the world of media, academia, and football.