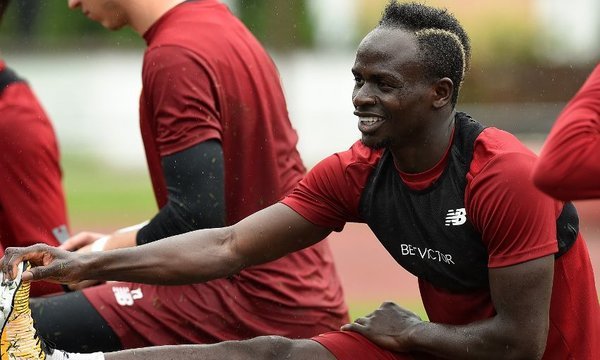 Forming one part of Liverpool’s deadly attacking trio, Reds winger Sadio Mane may have been overshadowed by the debut season exploits of Mohamed Salah, but the Senegalese attacker had an impressive campaign of his own bagging 20-goals and 8-assists in all competitions en-route to a fourth place Premier League finish and an appearance in the Champions League final.

Now, it doesn’t matter what the circumstances are, every summer the 26-year old is linked with a host of clubs, but this year they’re sounding a bit more credible with Real Madrid reportedly sniffing around the winger — whispers he hasn’t been quick to dismiss.

“I am very happy in Liverpool and my contract will last for three more years,” said the Senegalese attacker, speaking candidly to Austrian media outlet Salzburger Nachrichten. “But you never know what will happen in the future. I want to win trophies, especially the Champions League.”

Mane has been a massive part of what Liverpool boss Jurgen Klopp is trying to accomplish at Anfield and though there’s really no doubt that he has silverware in his future, it’s been slowing coming. Of course, that’s not for a lack of trying, but after losing out in the Ukraine, that’s three finals in the row where the Reds have come up short.

Being linked with a club the size of Los Blancos is a big ego boost for any player; that being said, at the end of the day, Liverpool are unlikely to listen to any offers for him, but if he lights it up at the World Cup, there could be some big money being floated.

“To be honest, this defeat was not easy to put away,” admitted Mane, clearly disappointed. “The whole club worked hard for this Champions League title, but Real Madrid were the better team that day. “We lost to the best team in the world,” continued the former Southampton man before switching gears and focusing on the business in Russia. “The defeat is ticked off. Now it is time to play with Senegal (and have) a good and successful World Cup. That’s my whole focus.”