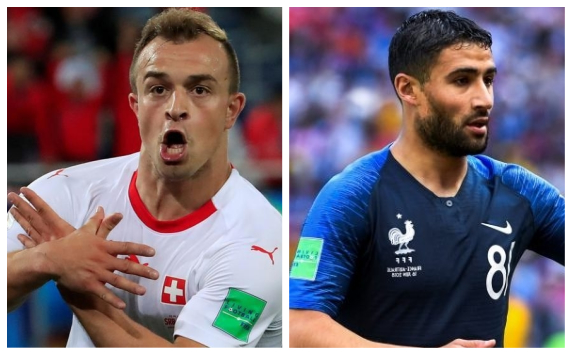 Although Stoke City winger Xherdan Shaqiri is set to hook up with the Potters for pre-season training in Germany next week after Switzerland’s exit from the World Cup earlier in the month, Liverpool are hoping to have already signed the 26-year old long before he ever has to play another match for the recently relegated side.

Reds boss Jurgen Klopp is looking to add experience and depth to his squad this summer and Shaqiri ticks all those boxes — and with a release clause somewhere in the region of £13mil, he’d be a bit of a steal as well.

He’s divided opinions among supporters and pundits alike and though this wouldn’t be the kind of transfer that’d cause football betting online oddsmakers to skew towards Liverpool bagging the Premier League title, if there’s one manager that could turn his fortunes around it’s Klopp. The German manager has a knack for getting the best of out of players and if he can turn the wide-man in to the world beater he’s always professed to be, it’ll be another tidy bit of business for the Anfield outfit.

Speaking of good deals, the Reds have been tipped to get Lyon back to the table and renegotiating a deal that would see Nabil Fekir finally make the move to Merseyside after the World Cup final on Sunday. The Frenchman, who will almost certainly take up his usual spot on the bench as Les Bleus take on Croatia in FIFA’s showpiece event, is reportedly still keen on making the switch despite the deal tanking at the 11th hour.

The club went so far as to film an unveiling video and first interview with the French international, but concerns over his long term fitness — and his knee specifically — ended with the Reds shutting it down. Les Gones president Jean-Michel Aulas continues to insist that the creative midfielder will still with the Ligue One side when the transfer window shuts, but Guardian jurno Andy Hunter has suggested that talks could be pick back up after the final.

A fee around £53mil was agreed between the two clubs for the 24-year old Lyon captain and personal terms were already hashed out before the deal fell apart. Now, whether or not the deal can be resurrected remains to be seen, but with the start of the season inching closer, Klopp remains keen to add real quality to his squad. Shaqiri might not be the signing that could end Liverpool’s long wait for a trophy, but Fekir looks like the the kind of player that could really make a serious impact not only in the Premier League, but in Europe as well.