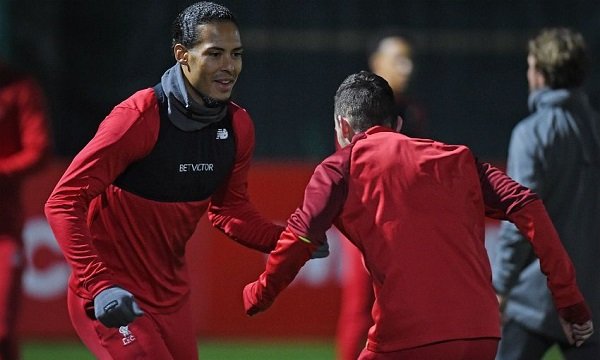 Point to the quality of their opposition or anything else you’d like to make you feel a bit more confident about our trip to the Emirates Stadium on Saturday, but Arsenal’s surge back towards the top means there’s a winning feeling in North London again and we know what that means — we’re in for a football match.

Their solid run of 11-wins in a row may have been halted last weekend against Crystal Palace, but after some initial doom and gloom, new boss Unai Emery has the Gunners faithful believing once more and will have the punters searching out the best sign up offers to have a flutter on what’s traditionally been a cracker of a game.

When Liverpool roll in to town, it’ll be the first time that Arsenal have squared up to another top-six side since losing to both Manchester City and Chelsea in the early days of the campaign. The Reds, along with the City and the Blues, remain unbeaten in the league with only goal difference keeping Jurgen Klopp’s boys off the top of the table. Unbeaten in their last six meetings with the Gunners, the visitors have momentum on their side, but they’re not about to take anything for granted.

“They are well organised with a clear plan, good in counter-attacks – all they can do quickly is outstanding – and good in small spaces as well,” said the gaffer, speaking to the press ahead of the trip to London. “It’s a tough game,” continued Klopp, giving an honest assessment. “Nobody made them a present and gave them points, they had to work for it and they deserved it. We need to be ready for that, for sure.”

They eased past Cardiff City at Anfield last weekend without the industry of either Jordan Henderson or Naby Keita and they’ll have to do it again on Saturday with the midfield duo still sidelined. After an impressive showing against the Bluebirds, Xherdan Shaqiri should keep his spot in the starting eleven alongside Georginio Wijnaldum, but Fabinho could drop back to the bench if Klopp opts to bring James Milner back in to the equation.

After a slow start to the season, Arsenal have started to find the net on a regular basis through both Alexandre Lacazette and former Klopp favourite Pierre-Emerick Aubameyang, but they’ll be coming up against a defense that has conceded only four goals in their last eleven league matches. That, of course, is owed a large part to the imperious form of Virgil van Dijk and Joe Gomez, but you can’t discount the contribution of either Trent Alexander-Arnold, Andy Robertson or Brazilian ‘keeper Alisson to that envious record.

Steering their way through to the quarter-finals of the League Cup, the Gunners were pushed to the limit against a resilient Blackpool side and Emery will have some concerns come kick-off. Hector Bellerin, who missed the meeting with the Tangerines, will be a late decision as he nurses a muscle problem. The Spaniard’s speed will be key to cutting off the risk of Mohamed Salah or Sadio Mane hitting on a fast break, but he’s not the only Gunners defender that could miss out with the match readiness of both Nacho Monreal and Sead Kolasinac in question.

There’a always goals when these two sides meet — Liverpool have found the net just shy of 20-times in their last five outings against Arsenal and if they score three or more at the Emirates it’ll be the first time they’ve managed that in six consecutive games against the same opponent. That all sounds like a lot of fun, but I’m more concerned about bagging three-points than three goals.