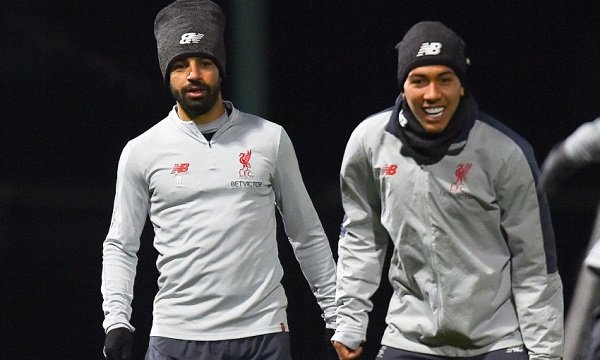 It’s another match an inevitably another cup final for Liverpool as the Reds look to keep the pace in the title race by bouncing back from a somewhat disappointing draw with Leicester City when they travel to the capital tomorrow.

Punters will put the safe money on the visitors coming out on top with West Ham United winless in their last four meetings with the Merseysiders, but this offer from Pinnacle could entice a few to have a flutter on the Hammers causing an upset at the London Stadium.

It’s all well and good for us to sit here and say that Liverpool need to put Manchester City — who easily dispatched Arsenal on Sunday to keep within touching distance of the top — out of our minds, but that’s all easier said than done.

“Will there be nervous moments? Yes, for sure,” stressed Reds boss Jurgen Klopp. “Don’t make them bigger than they are because there were nervous situations last year, two years ago, three years ago,” continued the gaffer. “That is part of the game of the football game,” added the boss, a man who knows a thing or two about this racket. “People are in a little bit of doubt about this and that, I understand yes, but people understand in general, outstanding support 100 per cent.”

All we can do is focus on us and winning our games and that’s exactly what we’ll do tomorrow. James Milner, who missed the draw with the Foxes through suspension, is expected to return to the starting eleven as a make-shift fullback in place of the still recovering Trent Alexander-Arnold and Fabinho, who watched from the bench, could be brought in to add some steel to the midfield.

West Ham boss Manuel Pellegrini will not only be hoping to avoid a repeat of the 4-0 thrashing Liverpool handed out at Anfield back in August, he’ll be looking to snag some points — if not to help his old pals at City close the gap, then to keep his own team inching towards the top half of the table.

With 14-matches left to play, the Irons are well clear of the relegation zone, but considering the money spent by the Chilean both the board and the fans will be expecting a better finish to the season. The news that star striker Marko Arnautovic could play a part comes as a boost for the veteran manager, but the return of first choice shot-stopper Lukasz Fabianski between the sticks could prove to be far more important.

The Reds, as you well know, love to score some goals and Mohamed Salah in particular loves one against West Ham with the Egyptian bagging three goals in his last four meetings the boys from the capital. That being said, we really only need one to get out of London with the points.

And that’s all that matters — another notch in the win column, three more points to keep City at a distance and a few days closer to May and the promise of what comes with it.