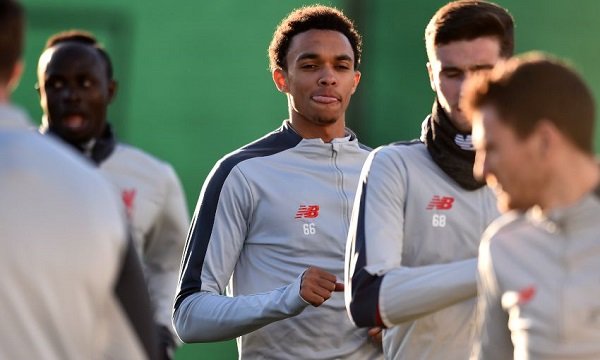 Manchester City reclaimed top spot in the Premier League with a midweek win over Everton, but Liverpool hold a game in hand and can go three-points clear if they’re able to get past AFC Bournemouth at Anfield this weekend.

For all the talk of pressure, things are going pretty well; if you were offered this position at the start of the season, you would have taken it with absolutely no questions asked.

Back to back draws took a bit of the wind out of our sails, but we’ve got a perfect chance to get back on track when the Cherries roll in to town. Eddie Howe’s side have lost seven Premier League away games in a row and come up against a Reds side that are not only holding on to a consecutive run of 33 home Premier League matches without defeat, but they’ve never lost to Bournemouth at home.

“If they have bad moments in a season or periods, they always come back,” said Liverpool manager Jurgen Klopp, not concerning himself with records and stats. “On one hand, they’re always a threat for counter-attacks, they play football. On the other hand, they use the time without playing European football for set-pieces, they are always creative in that,” explained the gaffer, full of praise for the South Coast side. “Preparation for Bournemouth is always difficult. But we still try to do it and in this moment I think we are ready for it.”


After missing out in the 1-1 draw at the London Stadium, midfield duo Jordan Henderson and Geoginio Wijnaldum are back in the mix and they’ll be joined by Trent Alexander-Arnold after all three rejoined full training earlier in the week.

Getting the goals flowing again will be key for the Merseysiders and though Sadio Mane has been the main man as of late, Mohamed Salah’s five goals in a mere three league appearances against Cherries will mark him out as the danger man.

The visitors will be without in demand striker Callum Wilson, but they’ll be able to call on former Liverpool man Dominic Solanke who will be returning to Anfield for the first time since making the switch last month. The youngster will be one to keep an eye on, but the Liverpool defense will have to keep Josh King under wraps with the striker bagging three goals in his last three Premier League outings.

Key midfield man David Brooks is still sidelined and will miss the trip up North, but Howe could have fellow midfielder Jefferson Lerma back in the frame if he comes through a late fitness test. Another familiar face will be in the stands in on-loan Reds fullback Nathaniel Clyne, but the veteran defender is ineligible to play against his parent club.

To be fair, with the title race as tight as it’s ever been, anything but a win could prove to be a massive problem for Klopp and the boys — that being said, battling for top spot is a good problem to have. Long may it continue…