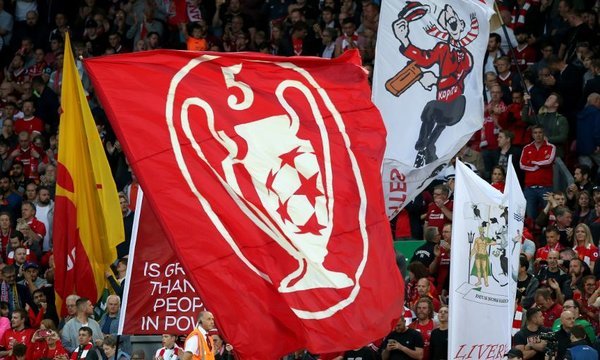 The progression of Liverpool football club has been a remarkable one under manager Jurgen Klopp in recent years, as they now go in search of a sixth major European trophy. They were of course beaten in the final of the Champions league last season as they succumbed to the mighty Real Madrid. However, it is a second final in succession for Liverpool, so can they now go one better than last season? They are certainly proving a popular choice amongst punters using the Ladbrokes new customer offer, with the firm making them 10/11 to win in 90 minutes. Here we cover the extraordinary run of Liverpool to the final in Madrid.

An incredible way to kick start the tournament and another memorable night at Anfield, as Liverpool beat one of the favourites for the competition in PSG. Firmino picked up a late 91st minute winner.

A night to forget for Liverpool, as they failed to produce a shot on target over 90 minutes. The Stadio San Paolo is renowned as being one of the toughest places to visit, as the home side deserved the three points.

Liverpool were back to their best at Anfield, as they picked up the very important three points. This included a brace from Mohamed Salah, in what was a very dominating performance.

One of the biggest shocks in recent times as Red Star beat Liverpool 2-0 following two early goals from Milan Pavkov. Liverpool failed to sparkle in a disappointing performance from the side, leaving them with it all to do to progress through.

Another loss for Liverpool, as they failed to create chances, with Neymar picking up the winner in Paris.

Liverpool needed to win at Anfield, and did so as they progressed through following a 1-0 victory over Napoli, in a very nervy encounter.

A very close game with limited chances created from either side at Anfield but ultimately no away goal for the German side.

Liverpool progressed through 3-1 following a ruthless performance in the Allianz Arena, as Sadio Mane starred again with a brace for Liverpool.

A positive first leg victory for Liverpool at Anfield, as they dominated the fixture with two first half goals.

Liverpool cruised through 6-1 on aggregate following this impressive 4-1 second leg success. This included a goal from player of the season Virgil Van Dijk.

An incredible performance from Messi in the Camp Nou, in what turned out to be a very frustrating night for Liverpool. They missed several chances to pick up an away goal, with the game eventually finishing 3-0 to Barcelona. Barcelona were now as short as 1/3 to pick up the trophy, as Liverpool appeared to be heading out of the competition.

Anfield is renowned for a special European night and this could just be the biggest of them all. Liverpool produced a jaw dropping performance to progress through to the final in a historic night at Anfield. They completely dominated from the outset with braces from Divock Origi and Georginio Wijnaldum.