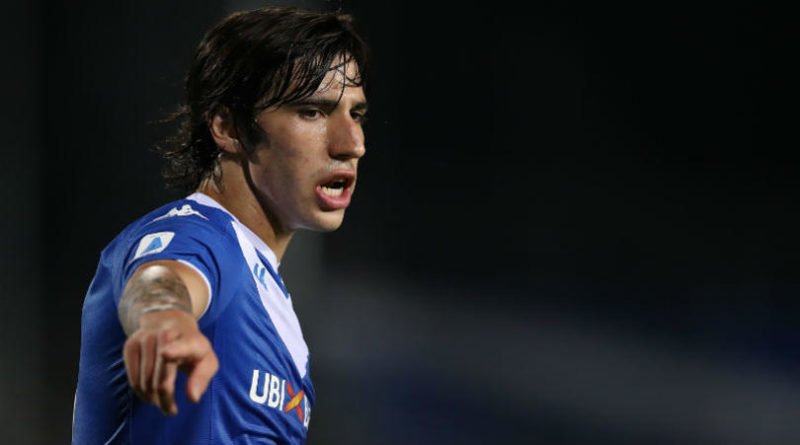 If reports in the media are anything to go by then the Reds are not expected to make any key signings in the winter transfer window and are already focusing on targets for the next summer.

According to Goal, the European Champions are targeting a number of players and one of them is Sandro Tonali. It is mentioned that the Reds have watched the Italian international.

News – Liverpool have moved in to sign £17million player

The teenage sensation is mainly a defensive midfielder and last year he claimed that AC Milan legend Gattuso is his role model (Football Italia).

“I consider myself to be like Gattuso but more technical. He’s always been my role model.”

Last season, Tonali featured in 34 league games for Brescia and directly contributed in 10 goals (3 goals and 7 assists) to help his team earn promotion by winning the Serie B (Transfermarkt).

As far as his debut Serie A campaign is concerned, so far, the 19-year-old has scored a goal and provided 2 assists in 18 appearances. The youngster scored the goal against Genoa from a long range free-kick back in October.

Brescia have been struggling this season and are currently in the relegation zone but Tonali has earned praise from his manager (Football Italia) and the club president (GdS via The Daily Mail) this term.

He was called up by the national team boss Roberto Mancini, who handed the youngster his debut in October and so far, the teenager has made three appearances for the Azzurri.

His current contract with the Italian club will expire in 2021 and as per reports, the starlet, who is rated at around £40million, has been linked with Manchester United as well (The Daily Mail).

Jurgen Klopp has got ample quality and depth in the midfield department with players like Fabinho, Milner, Lallana, Wijnaldum, Keita, Oxlade-Chamberlain and skipper Henderson in the first team. Not to forget, we have young Curtis Jones, who scored a sublime goal vs Everton in the FA Cup.

Fabinho is our first choice defensive midfielder and in his absence, Henderson has done brilliantly well in the holding midfield role.

It must be remembered that Lallana’s current contract with the Merseysiders will expire in the summer and Wijnaldum is also linked with a move away from Anfield (David Ornstein). May be, that is why Sandro Tonali’s name is linked with us. In your opinion, should Klopp move to lure him?