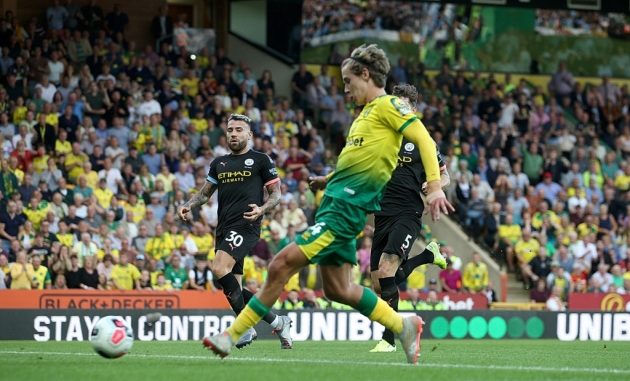 Liverpool are linked with a young English midfielder in the form of Todd Cantwell but they are not the only club interested in luring him.

We take a look at the recent reports going on in the media focusing on the transfer of the Norwich City starlet.

Last month, The Daily Mail covered a report and claimed that the likes of Manchester United, Tottenham and Manchester City are in a battle to hire the services of the 21-year-old central midfielder, who is valued at £30million.

More recently, David Ornstein covered a report for The Athletic and claimed that despite competition from the above mentioned clubs, Liverpool have moved in pole position to sign Cantwell.

On the other hand, Melissa Reddy covered an exclusive story for The Independent and stated that the European Champions have tracked the young midfielder but at this moment, he is not an active target.

The Canaries player is mainly a left sided midfielder, who has been utilized in multiple midfield positions by Daniel Farke (Transfermarkt). This season, Cantwell has so far started 22 league games, scored 6 goals and provided 2 assists.

The English starlet has been able to score against teams who are in the top half of the Premier League table. He found the net vs Chelsea back in August and then in September, he scored a vital goal to help his team earn all three points vs Pep Guardiola’s Man City.

He scored vs the Toffees in November, found the net vs the Gunners and Wolves in December and also netted against Crystal Palace on 1st January.

Only main center forward, Teemu Pukki, has netted more goals (11 goals) than Cantwell for Norwich City this term. His current contract with the club will expire in 2022.

Liverpool have ample quality and depth in their midfield department with players like Wijnaldum, Keita, Fabinho, Oxlade-Chamberlain, Lallana, Milner and skipper Henderson around.

Majority of our first team midfielders are versatile and have been able to replace one another whenever needed throughout the campaign.

Not to forget, we have a talented midfielder in the form of Jones, who has already netted two senior goals and Marko Grujic (on loan) is also an option. In such a scenario, do we really need to lure another midfielder? Should Klopp move to sign Todd Cantwell?