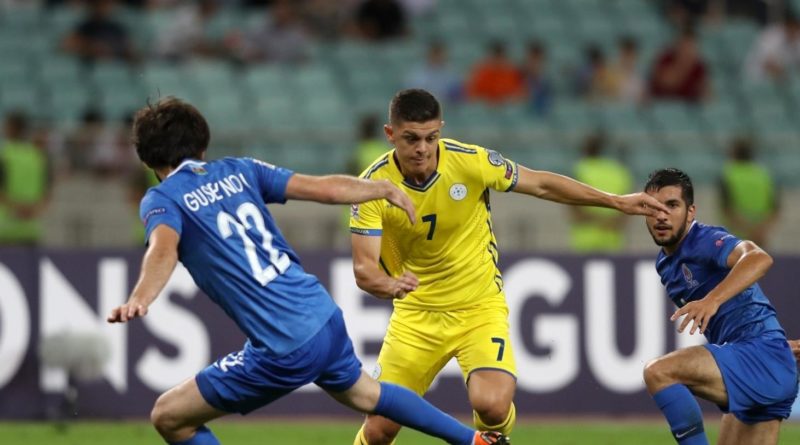 Liverpool have been heavily linked with Timo Werner but now another Bundesliga name is in the lime light in the form of Milot Rashica.

According to Christian Falk, in addition to Leipzig’s Werner, Liverpool are also interested in signing the Werder Bremen playmaker,

The Sports Bild Head of Football has mentioned (Twitter) that the 23-year-old has got a release clause of 38 million euros (£32million) in his contract.

Naturally, Rashica is a left winger but he has also played as a CAM, a secondary striker and even as an out and out center forward this term (Transfermarkt).

So far, in 21 appearances in all competitions, the former Vitesse attacker has netted 10 goals and also provided 4 assists for the German club.

As far as his international career is concerned, Rashica played for the youth teams of Albania and even made a couple of appearances for their senior team.

However in August 2016, he switched allegiance to Kosovo and so far he has scored 4 goals in 25 appearances for the country.

As far as Liverpool’s left wing is concerned, Sadio Mane, who was recently named the African Player of the Year, is our first choice LW and in the back-up, Jurgen Klopp has mainly utilized Divock Origi even though the Belgian is naturally a center forward.

Like Rashica, the Reds have got ample versatile attackers such as Firmino, Salah, Minamino and Shaqiri, who can effectively play in multiple offensive positions.

In all fairness, our front three (Mane, Salah and Firmino) are irreplaceable in the starting XI but there is (always) room for improvement as far as the back-up options are concerned.

Have your say – Should Klopp move to sign Milot Rashica in the summer transfer window?