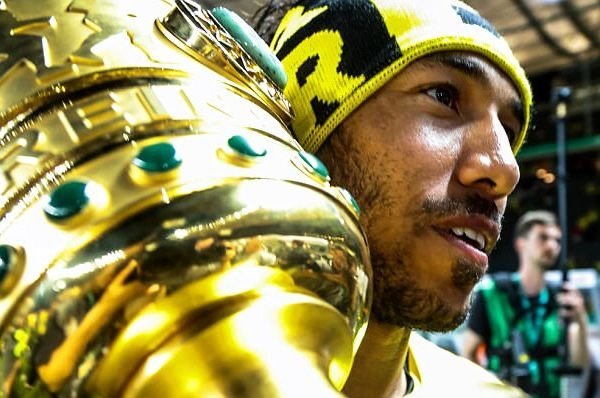 Liverpool have mainly been linked with German forward Timo Werner but now another striker is in the lime light.

According to an exclusive report covered by 90min, Liverpool are looking to sign Pierre-Emerick Aubameyang from Arsenal to strengthen their strike-force in the summer transfer window.

90min have claimed that the Reds are interested in the Gunners’ captain but for now, they are focusing on Werner. it is stated that north Londoners are prepared to sell their star striker and Chelsea have also entered the battle to hire his services.

The 30-year-old star won the Bundesliga Golden Boot by netting 31 times in the 2016-17 campaign. On the other hand, in the last campaign, he scored 22 goals in the Premier League to share the Golden Boot prize with our star wingers Sadio Mane and Mohamed Salah.

As far as this season is concerned, the Gabon international is once again in the race to win the Golden Boot having scored 17 times, only 2 goals behind Leicester City star Vardy.

Jurgen Klopp was the manager, who signed Aubameyang for Dortmund so he knows the African star very well.

Arsenal boss Arteta is aware that he has got one of the most consistent goalscorers in his team. Last month, the Spanish manager praised the £200,000-a-week star (Mirror Sport) and stated (The Independent):

“We all know how good Auba is. It is remarkable what he is doing and how consistent he has been over the years to do it, which is very very difficult to do.”

At the moment, Firmino mainly plays for us in the No.9 role and he is one of the most important players in the squad. The Brazilian international drops into the midfield to create space for other midfielders and our wingers.

For us, the former Hoffenheim man is priceless but he is not an out and out center forward and we really do not have a world class natural striker in our world class squad.

Therefore, Klopp should move to sign a quality forward but in your view, should the German look to lure Aubameyang, who will turn 31 in the summer?