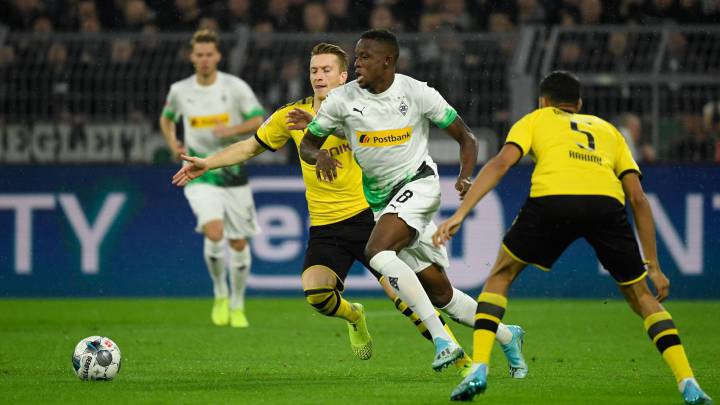 Few days back, famous German outlet Bild claimed that the Reds could move in with a big offer to hire the services of the 23-year-old defensive midfielder in the summer.

Yesterday, Sky in Germany claimed that Liverpool want to launch an attack on the German club to sign the Swiss international. It is stated that the temptations from the European Champions, Man United, Atletico Madrid, Bayern Munich and Dortmund to lure the star are great.

The source have talked about the importance of Zakaria for Monchengladbach and why he is highly in demand. It is stated that the holding midfielder has won the most duels for his team this term and only the likes of Guilavogui and Thiago have won more duels than the £45.5million-rated star in the Bundesliga (Sky Germany).

This season, the 28-capped international has directly contributed in 4 goals in 31 appearances in all competitions under the management of Marco Rose.

“He (Zakaria) is a very complete footballer who still has a lot of development potential. He has incredible dynamics, understanding of the game and is not yet at the end of his development”

Sky have mentioned that the Borussia Park outfit really want to hold on to their prized asset and are no longer reliant on player sales. This is completely opposite to what Bild reported a few days back, they said the German side are facing a loss and could sell their prized asset.

At Anfield, the Reds have more than a few players who can play in multiple midfield positions and there are two stars, who have been great in the holding midfield role.

Fabinho is our specialist play breaker and the second choice is skipper Henderson, who has actually performed better than the Brazilian in the defensive midfield role this season.

It will be fair to say that we have ample quality and depth as far as the DM role is concerned and therefore, Klopp should look to improve other key departments in the next transfer window.

2 thoughts on “Liverpool want to launch attack to sign “complete” £45.5million star – We take a look”