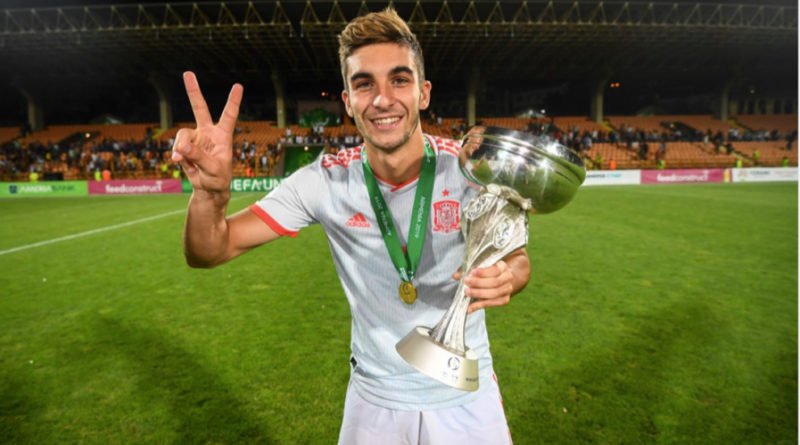 Last year, Sport Bild (via Sport Witness) reported that the Reds want the signature of Ferran Torres. The Spaniard is once again in the lime light.

According to Corriere Dello Sport, Liverpool are looking to sign the winger, who has a release clause of (£90million) 100 million euros. It is stated that the Reds face competition from top clubs like Manchester City, Barcelona ad Atletico Madrid.

Torres’ current contract with Valencia will expire next year and as per the Italian news outlet, the Spanish side are trying to agree an extension with him.

Yesterday, even Mirror Sport reported that the Reds are eyeing the signing of the 20-year-old winger, who can be deployed on either flank and has an aerial ability which allows him to play across the front line.

He has even played as a center forward on a couple of occasions this term. In all competitions, the youngster has so far scored 6 goals and provided 7 assists in 35 appearances for the Mestalla outfit (Transfermarkt).

As mentioned in my previous post, Liverpool do need to improve their back-up options as are far as the wide-attacking positions are concerned. Therefore, Torres could be considered.

Back in October, he was valued at around 20 million euros (Sport Bild (via Sport Witness). Now, the winger’s performances have improved but at the same time, it must be taken into consideration that his contract with Valencia is due to expire in just over 14 months. So, his market value in the summer should not be very high unless he agrees a new contract with the La Liga side.

Have your say, should the Merseysiders move in to sign Ferran Torres this summer?