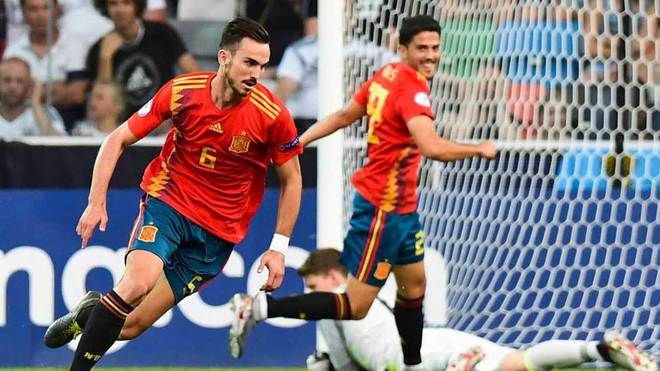 Liverpool have got a number of quality midfielders in their squad and recently, they have been linked with a versatile Spaniard in the form of Fabian Ruiz.

Few days back, we covered a report (via The Daily Express) claiming that Jurgen Klopp wants to hire the services of the Napoli player, who is valued at £74million.

More recently, a retired England international in the form of Emile Heskey has backed Liverpool sign the 23-year-old to improve things in the center of the park.

“A player like that would be good for Liverpool. Someone who can drive from the midfield, someone who can create stuff – he is a player that I’m sure Liverpool would love to have.”

In our previous post (link provided above), we have already talked about the player’s stats, his versatility and the situation at Anfield as far as the midfield is concerned. So, I’d like to review the comments made by our former striker.

Yes, the midfield is ageing. Lallana is 31 and his contract will expire in June. Milner is 34 and the likes of Henderson and Wijnaldum will turn 30 this year.

However, we also have players in their peak years such as Oxlade-Chamberlain, Keita and Fabinho. Moreover, youngsters like Jones and Grujic (on loan) are talented as well.

So, there is not much to worry about taking into consideration the current midfield scenario but we should always continue to improve to stay at the top. Therefore, we’d welcome Fabian Ruiz if Klopp can somehow get his signing done.