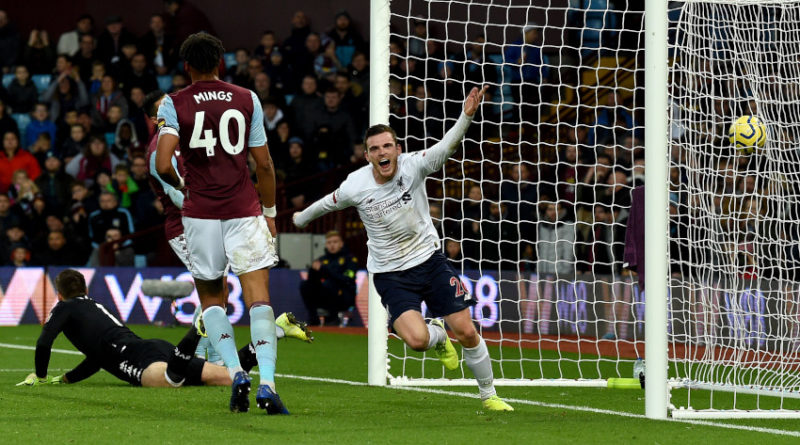 Liverpool need to invest wisely to remain the best side in England and they must improve the quality and depth in the key areas this summer.

As per reports going on in the media, Liverpool could move to sign a left back in the form of Kostas Tsimikas. According to SDNA, the Reds confirmed their interest in the left back after he played for Olympiacos vs Wolves in the Europa League last month.

The Greek news outlet have claimed that the Merseysiders want someone to cover for Andy Robertson and they have an opportunity to secure the 23-year-old defender for 25 million euros (£22million).

Tsimikas has won two Greek league titles and a Cup trophy with Olympiacos and has already featured on three occasions for the senior national side.

Like Robertson, the Super League 1 left back has also provided 7 assists in all competitions for his club in the current campaign.

Liverpool lured the Scottish left back in 2017 and he had to wait for Moreno to get injured to become a regular starter under the guidance of Klopp.

Last season, the 26-year-old was brilliant in our Champions League winning campaign and deservedly made it into the UEFA Team of the Season and was also named in the PFA Team of the Year. So, Robertson is arguably the best left back in the world.

However, we do not have a natural LB to cover for him. Alberto Moreno was allowed to leave for free last summer and Klopp has not replaced the Spaniard as yet.

Yes, the likes of Milner and Gomez can play in the fullback positions but naturally the former Leeds United man is a central midfielder and the former Charlton player is a center back.

Therefore, Klopp must move to sign a natural left back in the summer. In your opinion, should the German spend £22million to sign Kostas Tsimikas?