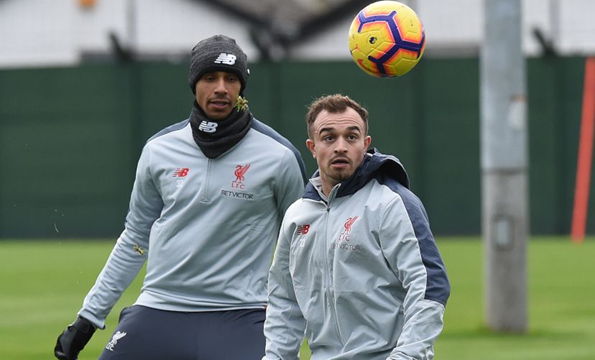 Liverpool need to improve the depth of their attacking department and they must replace Xherdan Shaqiri.

As per reports, the Swiss international is looking to leave the Merseysiders for regular first team football and Fotomac claim that Galatasaray are readying a proposal to sign him.

The Turkish news source report that manager Fatih Terim wants to improve his squad for next season and the management will move to persuade Shaqiri with Champions League football. It is stated that a loan option would be used.

Shaqiri is a versatile talent, who can play in multiple offensive positions and has got an impressive CV. Unfortunately, his playing time has been limited at Anfield because Klopp has world class attackers like Mane, Salah and Firmino at his disposal.

We lured the former Bayern Munich playmaker from Stoke City in the summer transfer window of 2018 and last season, he mainly played as a super sub for us.

In the Premier Leaue, he started 11 games last term and directly contributed in 9 goals (6 goals and 3 assists). He also provided 2 assists in the Champions League, most notably, the assist that leveled the semi final tie vs Barcelona.

As far as this season is concerned, the 28-year-old playmaker only started 4 games in all competitions and spent a lot of time unfit before the suspension of the campaign.

So, in all fairness, he needs to leave the European Champions to play football week in week out. His current contract with the Anfield club will expire in 2023 and as per reports (Mirror Sport), he is valued at £25million.