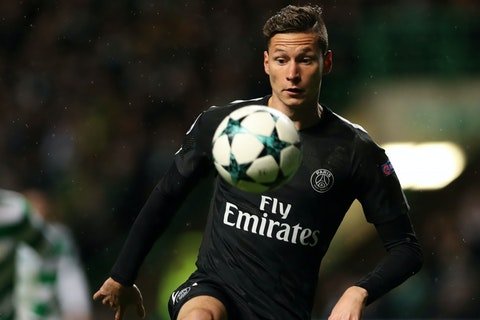 Liverpool need to improve the depth of their attacking department because the options on the bench are just on good enough.

The dilemma is that due to COVID-19 outbreak, the Merseysiders are reluctant to spend a big amount to secure any key signing. That is why, we lost out on luring Timo Werner.

The German international would have been considered a bargain for 55 million euros if there was no pandemic around. He will play for Chelsea next season.

The question is, who should Klopp lure to improve their offense? In our view, Liverpool must agree signing of Julian Draxler. Back in 2017, we were heavily linked with a move to sign him but the Kaiser ended up signing for Paris Saint-Germain (Mirror Sport).

In the Bundesliga for Schalke, the playmaker mainly used to start on the flanks or as a center forward. However, at PSG, in the presence of Mbappe and Neymar, the 26-year-old has been deployed in the central midfield.

Draxler was part of Joachim Low’s World Cup winning squad of 2014. Furthermore, he was the captain of the national team that won the Confederations Cup three years ago.

Unfortunately, in France, he is no longer a regular starter and in the 2019-20 league campaign, he could only start seven league games under the management of German coach Thomas Tuchel.

The Kaiser’s current contract with the French champions will expire in less than 12 months and as per a report covered by Sport Bild last month, he is only valued at 24 million euros (£22million).

So, since Liverpool are not looking to spend a lot, they have to finally agree signing of Julian Draxler. He has got a proven track record, can effectively play in multiple positions, is the right age and his market valuation is also low.

In your view, should the Reds spend £22million to secure the playmaker’s signature?