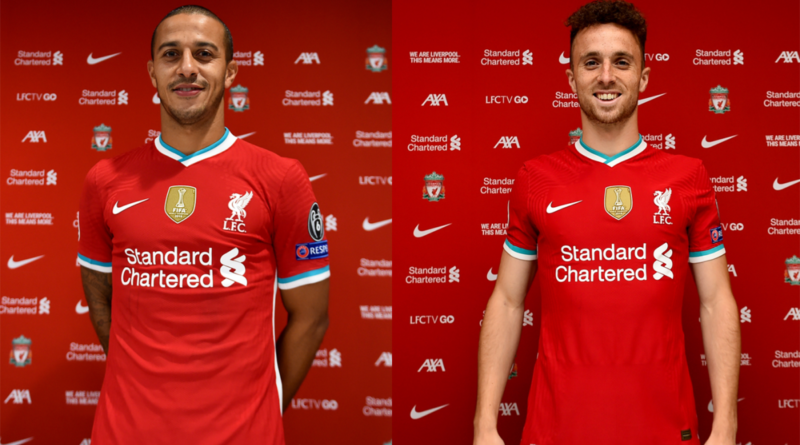 Liverpool comfortably defeated 10 men Chelsea in their own backyard to maintain perfect record in the Premier League.

New signing Thiago was on show. The Spaniard came on in the second half for captain Henderson and it was merely a practice session for him with no pressure from the opposition.

The 29-year-old sat in front of the back four and moved the ball with ease. If Henderson is fit, we’d probably find Thiago in a much more advance midfield role.

Yesterday, we sealed the signing of Diogo Jota for a handsome fee of £45million (The Athletic). The question is, how would Liverpool line up with the Portuguese international?

The 23-year-old is naturally a left winger and Nuno Espirito Santo also utilized him in his preferred role last term. However, the Wolves boss even used him as a center forward and secondary striker whenever needed.

For the senior national side, he has played on the left flank and recently scored his debut goal vs Croatia in the UEFA Nations League.

At Anfield, Klopp’s first choice left winger is Sadio Mane, the African Player of the Year, who netted a brace to beat Chelsea. Origi mainly played as the second choice LW last season but he is naturally a center forward.

Minamino is the main man to cover for Firmino, who mainly plays in the False No.9 role. On the other hand, the likes of Shaqiri and Wilson (for now) are there to cover for Mohamed Salah on the right wing.

Therefore, Liverpool would likely utilize Jota as a backup option for Sadio Mane and it will not be surprising to see the versatile star on the left flank when he’ll get the nod to start. He might make his debut vs Lincoln in the league cup next week.

Here is how Liverpool could line up with Diogo Jota?