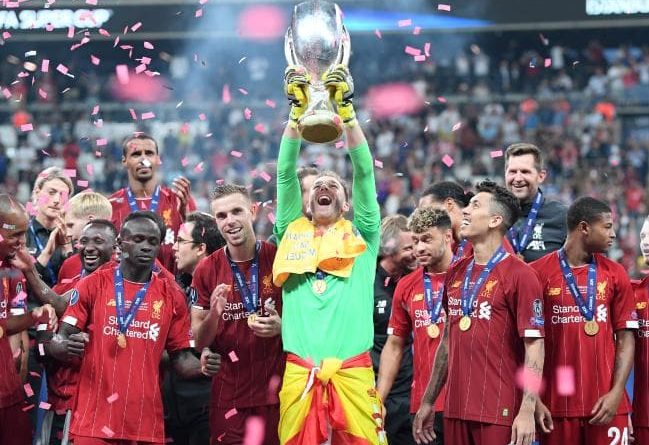 Champions Liverpool had a disaster of a night against Aston Villa, who ripped the opponents apart 7-2 to maintain their perfect start to the new Premier League campaign.

The news of Alisson getting injured broke late yesterday and that got the supporters worried because Adrian is just not good enough.

The Spaniard gifted Villa the opening goal but no one really expected Liverpool’s backline to fall apart and concede 7 goals.

That is humiliating for the defense that conceded the fewest number of goals in the last two PL seasons and have one of the best stars in the world in the form of Van Dijk. In all fairness, the Dutch center half, who wore the captain’s armband, was absolutely poor last night.

Jurgen Klopp confirmed that Alisson will not be returning against Everton after the international break. Instead the Brazilian shot stopper could be out for 6 weeks (ES) much to the despair of the Anfield faithful.

Suddently, we are now linked with a new goalie in the form of Tottenham’s Paulo Gazzaniga.

According to Kevin Palmer, Liverpool may loan out Kelleher, could move to sign a new goal keeper and the 28-year-old Argentine is rumored to be on the radar of the Reds.

Last month, even James Pearce reported that we might opt to loan Kelleher (The Athletic). It must be remembered that the Reds have already loaned out two goalies in the form of Grabara and Karius.

Last season, Alisson missed 8 league games due to injury and Adrian did well in his absence. However, the former West Ham star’s disaster of a performance resulted in our elimination from the Champions League.

As far as Gazzaniga is concerned, in the absence of Lloris last term, the South American goalie featured in 18 league games for Spurs, conceded 26 goals and kept just 2 clean sheets.

The former Southampton player’s current contract with the north Londoners will expire in 2022 and he earns around £20,000-a-week (Mirror Sport).

After last night’s horror show, do you think Liverpool should move to sign a new goal keeper because Adrian cannot be trusted? The international transfer window will shut down tonight, however, the additional window between Premier League and EFL runs till October 16, so, we have ample time to look for a back-up option.

One thought on “Liverpool could move to sign £20,000-a-week goalie – Journalist”