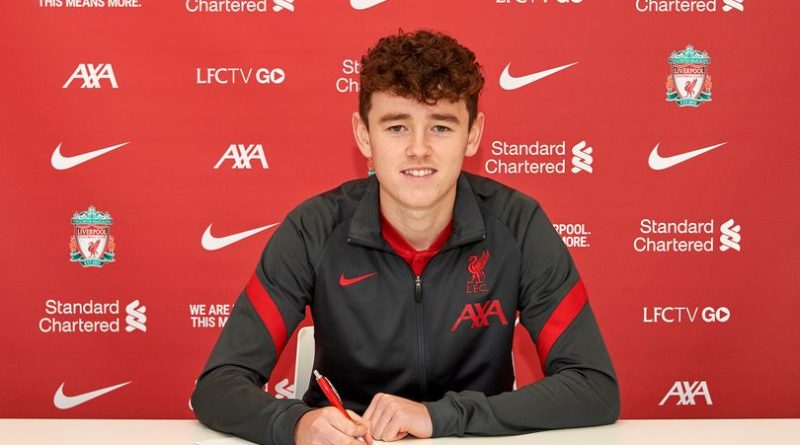 Liverpool have an overcrowded midfield department with stars like Milner, Keita, Thiago, Wijnaldum, Oxlade-Chamberlain, Fabinho, Jones and skipper Henderson around.

Teenage Jones proved his talent with the youth teams and is not regularly part of the first team squad.

Yesterday, Liverpool agreed fresh terms with Tom Hill, who is another talented midfielder that may end up in the first team if he continues to play well.

The 18-year-old is naturally a central midfielder but he is a versatile talent, last season he played in multiple midfield and attacking positions and even as a right back when needed.

In 12 U-18 Premier League appearances, the youngster directly contributed in 9 goals for the Reds (8 goals and 1 assist). He featured in 4 UEFA Youth League fixtures and scored 1 goal. He also provided 2 assists in as many appearances in the EFL Trophy (Transfermarkt)

In the absence of the first team, who were in Qatar for the FIFA Club World Cup in December 2019, Hill made his debut in the Carabao Cup against Aston Villa. We lost that last eight contest 5-0.

At the moment, the teenage midfielder is out with a knee injury and underwent a successful operation. Would we be able to see him in the first team soon? Only time will tell.