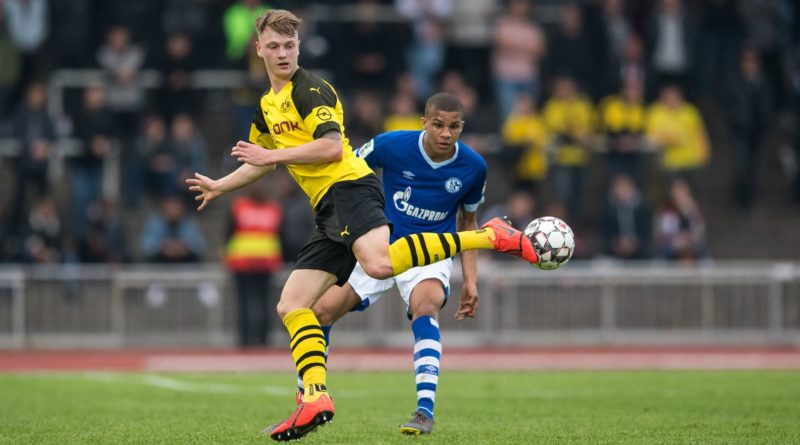 Earlier this year, Area Napoli exclusively revealed that Liverpool are in pole position to hire the services of Malick Thiaw from Schalke.

However, in the summer, the 19-year-old defender opted to sign a new contract with the German club. As per the latest reports going on in the media, the Reds could move in to finally secure his signing in order to strengthen their central defense.

According to Sport Bild, Thiaw has recently shown that he can assert himself in the Bundesliga and therefore he is attracting interest from Liverpool, who have made contact to sign him and they are in regular touch.

The renowned German news source have mentioned that the player’s new contract is going to expire in 2024 and it has no release clause.

Thiaw is not the only central defender linked with a move to Anfield. The Premier League champions have been interested in Turkish star Ozan Kabak and lately Schalke’s Sporting director Jochen Schneider has claimed that due to the financial challenges, a sale cannot be ruled out (Waz).

Kabak was suspended for 5 games after spitting on the opponent and in such a scenario, Thiaw has got his chance. The youngster featured for full 90 minutes in the last two league games.

It must be remembered that Schalke have not won a single game in the Bundesliga in over 9 months.

Van Dijk is out for the remainder of the season, Matip remains injury prone and Fabinho is out but not for the long term. So, at the moment, Gomez is the only fully fit senior central defender in the squad.

However, in recent fixtures, Nat Phillips and Rhys Williams have performed really well and have shown that they can step up to regularly start if needed.

In such a situation, do you think that Liverpool should sign a new center half to reinforce the position in January?