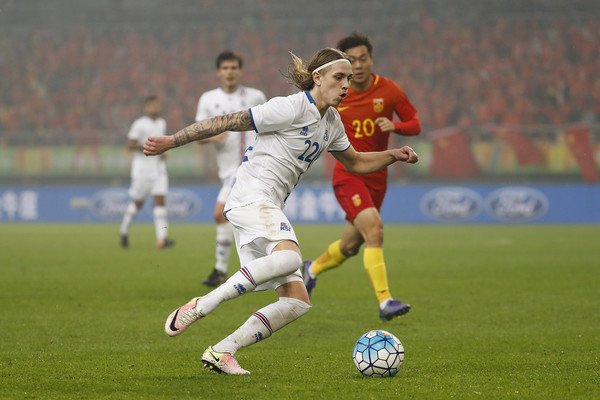 Liverpool do not have a quality out and out goal scorer but they never really needed one because Firmino proved to be brilliant in the False No. 9 role.

In the summer transfer window, the Reds were heavily linked with German international Timo Werner but the Kaiser ended up signing for Chelsea.

To improve the attack, the Merseysiders opted to agree a deal for Diogo Jota, who has proved to be an instant hit at Anfield. The Portuguese international has scored for fun under the management of Klopp.

Lately, an Icelandic forward in the form of Elias Mar Omarsson has perhaps issued a come and get me plea to Liverpool by stating that he is a fan and has always dreamt of playing for them.

“Ever since I was a kid, I dreamed of playing football in the biggest leagues in the world. I’ve been a huge Liverpool fan from a young age, just like the rest of my family”,

“Growing up in Iceland, the whole living room was filled with Liverpool stuff. We even painted Anfield on a box. I never stopped dreaming. But the older I get, the more you realise how things work. I’ve become realistic.”

The 9-capped international currently plays for Excelsior in the second tier of Dutch football and this season, he has been in top form.

In all competitions, Omarsson has featured in 12 games for the Dutch club and scored no fewer than 15 goals. Already, he has netted 2 hat-tricks and 3 braces for the Eerste Divisie side.

The stats are good but Liverpool do not need him because they have ample quality and depth in their attacking department. Right now, the Reds have major concerns at the back with more than a few key players out injured and the department must be strengthened on priority basis.