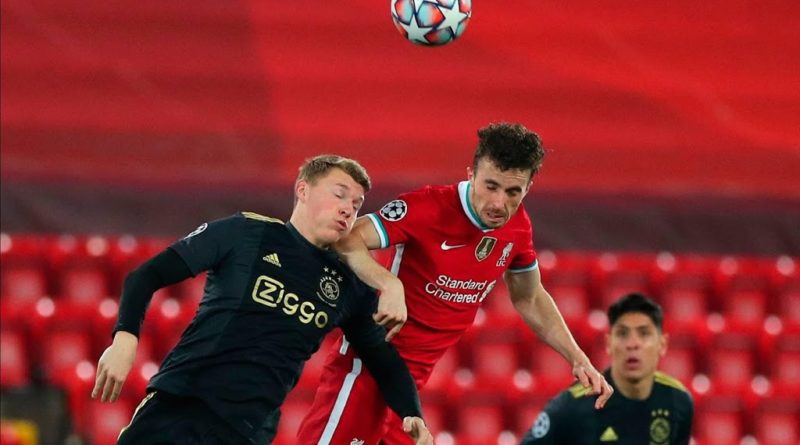 Liverpool continue to be linked with central defenders and the name of Perr Schuurs is one again in the focus.

Last month, Italian source Calcio Mercato claimed that the Premier League champions have a strong interest in hiring the services of Schuurs, who is valued at £27million.

More recently, according to Mike Verweijj, the Ajax starlet has been watched by the Reds, who can agree a fee with the Eredivisie leaders for £27million.

“An amount of €30million (£27million) will be attached. If (Ajax DOF) Marc Overmars gets the chance, I think he will do it immediately,”

“After the match against Liverpool, the Liverpool delegation was impressed by Schuurs. He is on a list.”

If the Merseysiders were impressed by his performance in the Netherlands then surely, they would have liked his display at Anfield last night. The young center half made a number of crucial tackles and particularly did well against our world class winger Sadio Mane.

Ajax are currently on top of the Dutch league and Schuurs has been rock solid at the back for them. In 9 league appearances so far, he has helped Erik Ten Hag’s side keep 6 clean sheets and concede just 4 goals.

Jurgen Klopp definitely needs to invest to improve his central defense in the upcoming winter transfer window because key stars like Van Dijk and Gomez are out injured and are not going to return anytime soon.

Do you think Liverpool should move to agree the £27million fee required to sign Per Schuurs?