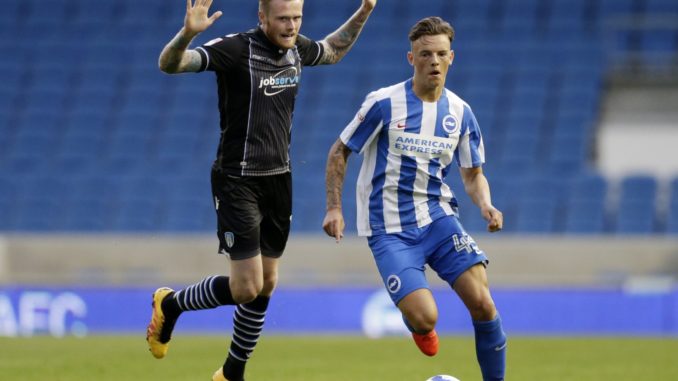 Liverpool sold Lovren in the summer transfer window but did not replace him and now, they badly miss the Croatian international.

The Reds were interested in hiring the services of Ben White back when he was valued at around £40million (The Star). However, Brighton managed to convince the player and signed a new lucrative contract with him.

As per the latest updates going on in the media, Liverpool have re-ignited interest to finally sign the 23-year-old star, who has been in top form for the Seagulls in the current campaign.

“Liverpool have re-established interest, which they showed first of all in the summer, in Brighton defender Ben White, who has made a very, very impressive start to the season at the south coast club, having, of course, completed last season on loan at Leeds United,”

As per Wyscout’s index ratings, the English center half is one of the best performing central defenders in the Premier League this season (via Sky Sports).

As far as his current market value is concerned, it would take a fee of at least £50million for Liverpool to get his signing done (The Mail).

Our record signing, Virgil van Dijk, and his central defensive partner Joe Gomez are going to be absent for long term due to injuries. Moreover, injury prone Matip, who rarely played last term, suffered a sore back yesterday and was substituted at half time vs Fulham.

Fabinho, who is a natural defensive midfielder, has been our best center back this season and it is evident that we clearly lack quality/depth in the position and Klopp should move to resolve the situation in the winter transfer window.

In your view, should the German manager splash £50million to finally sign Ben White next month?