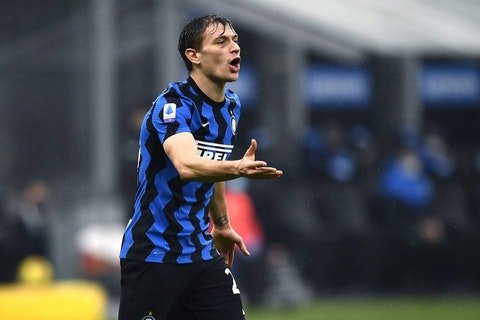 If reports in the media are anything to go by then Liverpool are interested in signing Italian international and Inter Milan star Nicolo Barella.

According to Inter Live, Jurgen Klopp would be ready to offer a fee of £56million (65 million euros to hire the services of the Nerazzurri midfielder.

The 24-year-old central midfielder is a key member of Antonio Conte’s side, who are currently leading the Serie A table.

Barella is a versatile talent, who can effectively play as a deep lying playmaker and also as a central attacking midfielder if needed.

In the current campaign, so far, the Azzurri star has started 21 league games for Inter Milan and directly contributed in 9 goals (3 goals and 6 assists). Overall, the former Cagliari midfielder has provided 10 assists.

As far as his international career is concerned, so far, in 18 appearances, he has directly contributed in 7 goals (4 goals and 3 assists) for the four time World Cup winners.

At Anfield, Klopp has got midfielders like Wijnaldum, Thiago, Milner, Fabinho, Ox, Keita, Jones and skipper Henderson in the squad. So, the quality and depth seem fine.

However, Gini will be out of contract in the summer and could leave for free. No midfielder has played/started more games under our German boss than the Dutch international. So, if he leaves, cash must be splashed to replace him.

On the other, James Milner will be out of contract next year and the veteran rarely starts for us. Further, the likes of Keita and Ox have spent a lot of time on the treatment table in the past couple of years.

Therefore, Klopp should move to improve the midfield in the summer. In your view, should he offer £56million to sign Nicolo Barella?