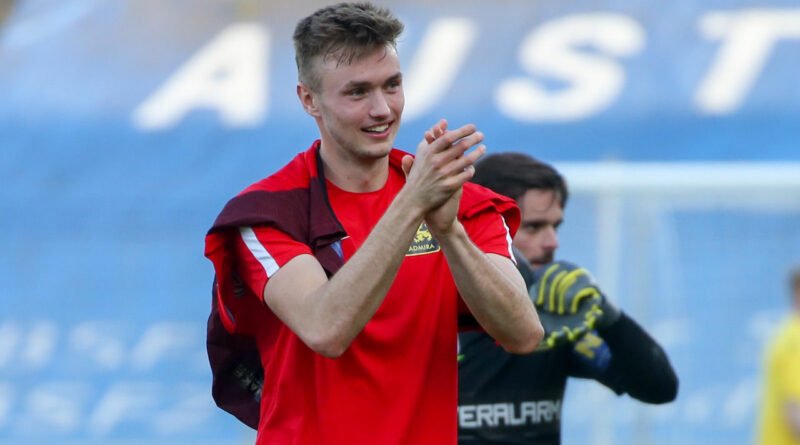 Liverpool have won major prizes in the past two years without a natural center forward. Firmino has been our No.9 but the Brazilian has mainly played in the False No.9 role under Jurgen Klopp.

This season, the Samba star has been out of form and we have badly missed a prolific striker. Last summer, Werner was in the lime light but he ended up signing for Chelsea.

In the next transfer window, the Reds must move to sign an out and out striker and an in-form player has indicated that he would love to sign for Liverpool.

Austrian international Sasa Kalajdzic has revealed that he is a massive Liverpool fan and it would be hard for him to turn the Anfield club down if they come calling.

“It would be a really tough decision because I really like Liverpool,“

“This club is simply special to me. When I was a kid, I saw the Champions League final in 2005 when Liverpool came back from 3-0 down against Milan to win. That gripped me.”

The youngster further added that the last time he went to watch the Merseysiders, he got himself the kit and scarf to support them.

Kalajzdiz has been in top form for Stuttgart this term. So far, in 13 Bundesliga starts, the 2-capped striker has netted 12 goals and also provided 4 assists. In the last six league fixtures, he has found the net 7 times.

His current contract with the German side will expire in 2023. He is 6 ft 5 and will give us the aerial presence in the box that we clearly lack in our offense at the moment. In your view, who should Klopp sign to strengthen Liverpool’s strike-force?