Liverpool will collide against Southampton tonight and they have the chance to close the gap on Leicester City, who were beaten by Newcastle last night.

The Reds have had ample rest because their game against Manchester United was postponed and will be played next week.

As far as the team news is concerned, Jurgen Klopp has confirmed that defender Nat Phillips is available after missing recent games due to injury. The defender has proved to be rock solid for and we have missed him lately.

The 24-year-old should return to start partner Ozan Kabak in the central defense. With that key change, Fabinho would be able to play in his preferred defensive midfield role.

The Brazilian international should partner the likes of James Milner and Thiago Alcantara in the center of the park.

Alisson has been in top form lately and the Samba shot stopper would likely start in the goal again. In the fullback positions, the likes of Trent and Robbo should once again get the nod to start.

As far as the attack is concerned, Liverpool stars missed a number of opportunities vs Magpies and Jota had the worst outing. We can expect, Salah, Frimino and Mane to start up front.

Here is how Liverpool could line up vs Southampton: 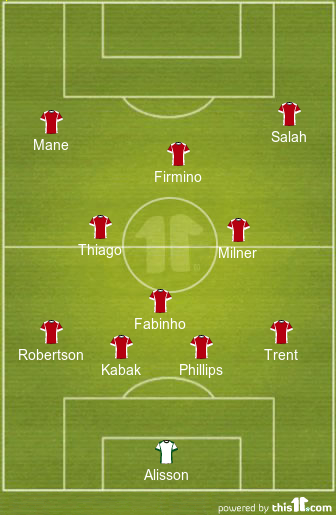