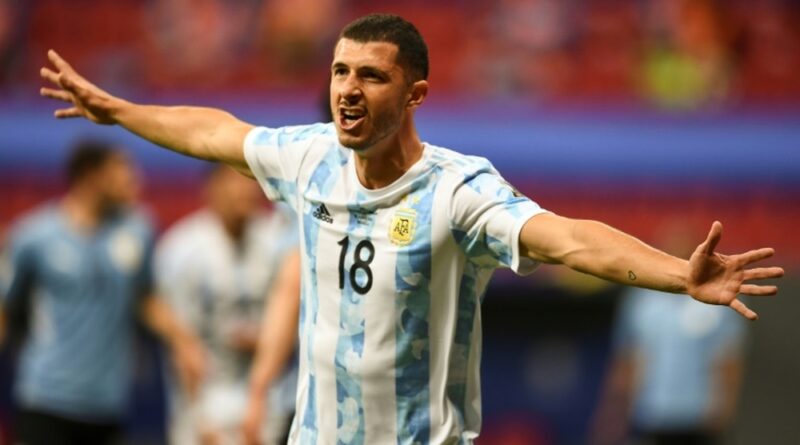 Liverpool are in the market to replace Gini Wijnaldum and as per reports going on in the media, there is a new name on their radar in the form of Guido Rodriguez.

According to La Razon, the Reds threaten the continuity of the Argentine international at Real Betis and could move to hire his services as an alternative to Saul Niguez. The Atletico Madrid man is also wanted by Man United.

The Spanish news source have mentioned that Rodriguez’s current contract (which will expire in 2024) has got a release clause of 80 million euros (£68million) but he is valued at only 30 million euros.

The La Liga side have to cut down their wage bill this summer and to recruit new players, they have to sell someone first. In such a scenario, La Razon have claimed that Betis could be forced to sell the 27-year-old South American star to Liverpool.

It is further mentioned that the Green and the Whites signed the defensive midfielder for just 3 million euros and if he is sold, then 25% of the transfer fee would go to the player’s former club CF America.

Rodriguez is mainly a play breaker, last season, he featured in 35 league games for the Spanish side and helped them earn (6th position) Europa League qualification (10 clean sheets). He was part of the La Albiceleste squad that won the Copa America last month but he only made just a single appearance in the competition.

At Anfield, Jurgen Klopp has already got one of the best holding midfield stars in the world in the form of Brazilian international Fabinho. On the other hand, skipper Jordan Henderson has proved to be effective in the DM role as well.

So, there is no need for Liverpool to sign the 10-capped Argentine and instead they should move to lure a creative central midfielder.