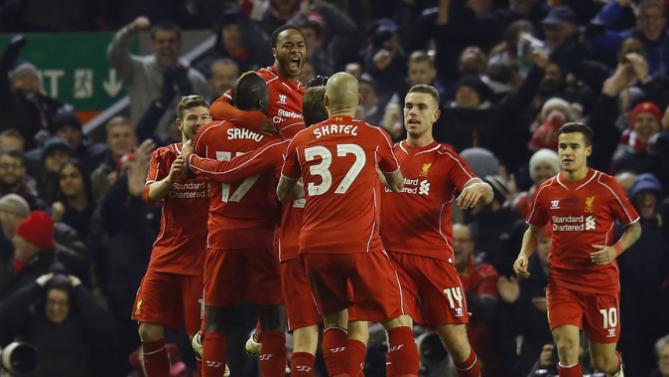 Raheem Sterling burned all bridges with Liverpool when he opted to move to Manchester City and the Reds supporters have always booed him when he has come up against us.

Therefore, it will be hugely surprising if he ends up returning to Anfield but reports in the media suggest that the England international wants to come back.

News – £34million forward would be tempted to sign for Liverpool – Report

Last month, German journalist, Christian Falk, claimed (via Sport Witness) that the Merseysiders are interested in luring the Three Lions Star from the Sky Blues.

More recently, El Nacional have covered a story stating that the Sterling does not want to leave the Premier League and his preference is move to join Liverpool. It is stated that the 26-year-old has unfinished business at Anfield and admires Jurgen Klopp.

The Spanish news source have mentioned that the reigning English champions would not want to sell their star playmaker to a rival club. Liverpool are only a point behind City in the table. So, Pep would like to sell the star, who is valued at 50 million euros, abroad to FC Barcelona.

However, this term, since the arrival of Jack Grealish, the 72-capped international has mainly warmed the bench. Thus far, he has only started three games in the Premier League, one in the Champions League.

His current contract with Man City will expire in the summer of 2023 and he must leave the club for regular first team football.

Have your say – Would you welcome the return of Raheem Sterling to Liverpool?

One thought on “£300,000 a week playmaker wants to secure Liverpool move – Report”