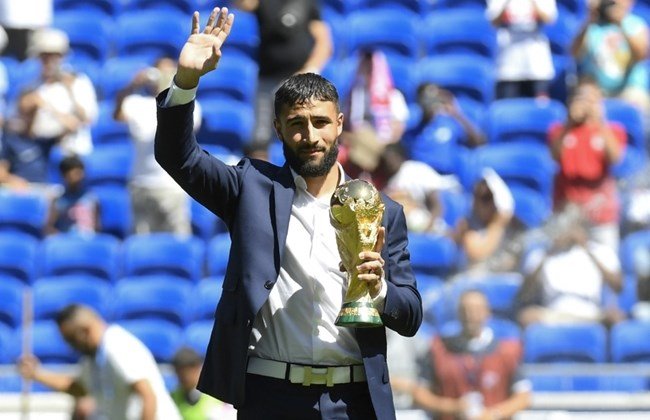 The very notion of the group of death has become enshrined in the annals of footballing history. At all levels, there appears, through luck of the draw from time to time, a single group that represents a disproportionate calibre of football talent and prestige. In such instances, predicting who will likely prevail is nearly impossible.

The fear of the group of death is very real, as in having to take on some of the finest players and sides in the world in the opening stages of a tournament before the blood is pumping and the momentum is rolling, can lead to the early exit for sides who would never ordinary concede so easily in later brackets.

Yet many have questioned whether the group of death is a perennial feature or a thing of the past. With people struggling to pinpoint an obvious candidate for this moniker in the current 2022 group rankings, and the failure of a definitive example to materialise in 2018 either, some are rightly wondering whether this mythic gauntlet is now an anachronism.

Group E Most Likely Candidate for 2022

If one had to choose a group of death for Qatar, you could do worse than suggesting it’s Group E. Two of the squads in this set, after all, are true heavyweights. With two world champions in its midst, Group E’s potent cocktail of Spain and Germany are going to be a problem.

Add to this Japan, who are arguably the strongest side in the AFC, and you have a weighty proposition. However, the remaining CONCACAF choices of Costa Rica/New Zealand somewhat sully the Group’s pedigree as a true punisher.

Of course, one factor that often flies under the radar when it comes to considering the 32 teams that make it to the group stages, and that is that in order to do this they have had to fight their way through the qualifying stages of their regional play-offs.

As such, the teams that will make it to Qatar in November have all demonstrated themselves to be of a calibre unmatched by the many that failed to break through. Many factors go into forging a national squad capable of consistently qualifying, and this isn’t always guaranteed.

Take Team USA for example, a side that has been steadily building in quality over the past 30 years as The States wake up to the potential of federation football – yet they failed to make it to Russia in 2018 after getting knocked out by Trinidad & Tobago. A large population also doesn’t guarantee the production of World Cup talent, as evidenced by India’s failure to qualify again.

The nation, home to over 1.3 billion people, has only ever qualified once – by technicality, in 1950, but then dropped out before the tournament even started. Still, football fans from the sub-continent can at least take solace in utilising comparison platforms like Asiabet to get an overview of the best football betting sites available in their market through which they can place a wager to back their surviving favourites.

By bringing together all the providers set to offer competitive odds on the group stages and beyond when Qatar rolls around and ranking them for features and customer service, such platforms are connecting sports fans from around the world with the biggest single competition on the planet.

Ultimately, if one is being generous one can reasonably state that the final bracket of 32 already represents a macro-group of death, where no one side can be discounted. A retinue of surprise upsets and underdog victories across the tournament’s history can strongly back up.

Groups of Death from Years Past

Though to put this year’s lukewarm group of death into perspective we need to look at the years and groups that led to the term gaining such mystique. The first group to carry the name was Group C of the 1970 Mexico World Cup, dubbed by journalists “El Grupo de la Muerte” – which was certainly reasonable since it featured 1962 runners-up Romania and Czechoslovakia, tournament favourites Brazil, and title holders England in one explosive line-up.

As for South Africa 2010, Group G, consisting of Brazil and Portugal, 40% of the world’s top 5 ranked teams alongside the Ivory Coast was only let down by the inclusion of North Korea in its otherwise flawless line-up. Though perhaps the purest example of such a formation we’ve ever seen was Group C, Spain (Second Round) 1982: eventual winners Italy, alongside Brazil and the then defending champions Argentina – incredible.