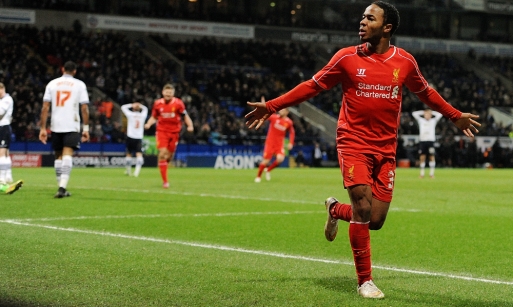 Raheem Sterling rose to fame at Liverpool before completing his move to Manchester City. Now, reports indicate that he is close to signing for Chelsea.

According to The Star (press image provided below) Liverpool are one of the clubs, who moved in to lure the England international from the Cityzens but in vain, because the Blues have agreed personal terms to secure his signature.

The 27-year-old playmaker’s current contract with the Sky Blues is worth £300,000 a week (£15.6million a year) and Guardiola wanted him to stay put.

However, after discussions with the Spanish manager, the Three Lions attacker has decided to move to Samford Bridge to play regular first team football.

It is reported that the former Anfield star has agreed a deal that will make him earn even more than £300,000 a week. As far as the fee is concerned, a deal worth £45million is close to completion.

Sterling featured in over 100 games for Liverpool but was unable to win any trophy. At the Etihad, he has won every major domestic prize in the country but last term, he often found himself sulking on the bench.

The 77-capped international started 23 games in the Premier League and only 5 games in the UEFA Champions League.

In all competitions, he featured in 47 games and directly contributed in 26 goals (17 goals and 9 assists).

Ever since his departure from Liverpool, the Anfield faitfhul have hated him and it is somewhat surprising that we have been interested in bringing him back.