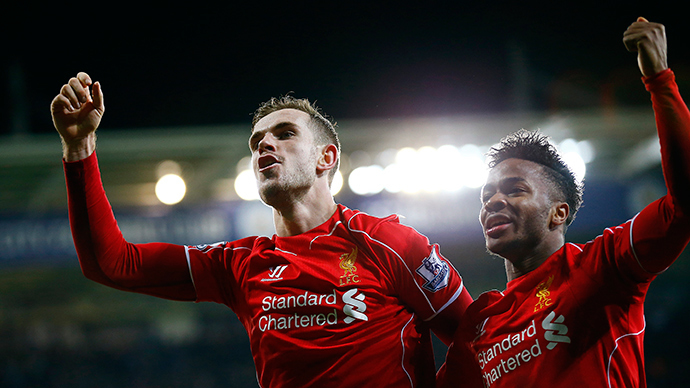 Raheem Sterling was linked with a return to Anfield but in the end, the England international left Manchester City to join Chelsea.

Reports in the media suggested that Liverpool were interested in re-signing the playmaker (The Star) from the Sky Blues. Eventually, he signed a contract worth £310,000 a week to move to Stamford Bridge.

However, contrary to the claims, Jacque Talbot has revealed that Sterling pressed to secure a move to Liverpool and the Merseysiders were the ones who rejected the chance to bring him back.

“We heard from reliable sources that Sterling actually wanted to go to Liverpool before making the move for Chelsea.”

“I don’t think Manchester United were a consideration, but what I heard is that in essence, Liverpool rejected him.“

Sterling rose to fame under the management of Brendan Rodgers. He nearly helped the Reds win the Premier League title in 2014 but a year later, the Three Lions star decided to move to the Etihad.

Since then, the 27-year-old has faced consistent jeers and boos from the Anfield faithful every single time he has played against us.

“Questioned by Liverpool fans, ridiculed by Liverpool fans when he made that move (to City). Other sections of the football community questioned whether he was good enough, shouldn’t be held in that esteem, shouldn’t be held in that class. The kid does it everywhere, he does it in the Champions League, the Premier League. And Chelsea, by the way, what a steal.”

Sterling won four Premier League titles with the Cityzens but last season, he often found himself on the bench. Will he be a hit under Thomas Tuchel? We shall see.

Have your say – Should Liverpool have opted to re-sign the playmaker?